Hoping for a park bridge, some day 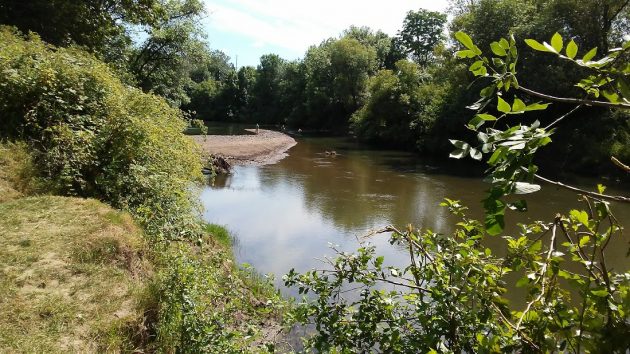 The Calapooia River near where a floating footbridge briefly connected Monteith (left) and Bryant parks in the 1990s.

There are practical reasons why a footbridge across the Calapooia River between Monteith and Bryant parks has not been rebuilt, but the idea of summertime link between these popular parks is still a good idea.

Dave Clark, then the parks director, built a pontoon bridge there in the mid-1990s, and for the summer or two that it existed, it was a much-used feature of the Albany park and trail system. But in the winter if ’96, when the floats had been removed for the season, high water bent or washed out the pylons holding the pontoons in place. In the years after that, state and federal regulations on threatened fish runs in the Willamette River discouraged the city from trying to rebuild.

Now that Bryant Park has been mentioned as a possible place for overflow parking if it’s needed by patrons of the new Albany Carousel, a commenter on this site remembered the footbridge. And it would indeed be useful for people walking up from Bryant Park — but only in the summer and fall, since part of the park is under water in winter and early spring.

Albany officials have not pushed the notion of restoring that little bridge. Money is the big reason. The parks have many other things that should be done, and a floating bridge would be costly to build and maintain. The floats would have to be removed every fall and put back in once flooding went down in the spring. And a regular bridge would be much more expensive to build.

Still, being able to walk from Monteith to Bryant and back would be nice for visitors to these great riverside parks. So we ought to keep alive the hope that some day that link will be restored. (hh) 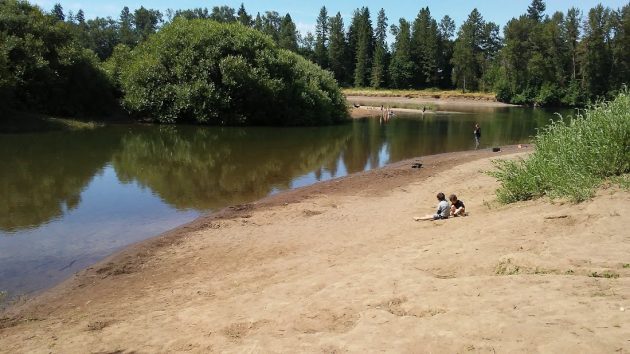 Looking across the Calapooia near its confluence with the Willamette.


5 responses to “Hoping for a park bridge, some day”