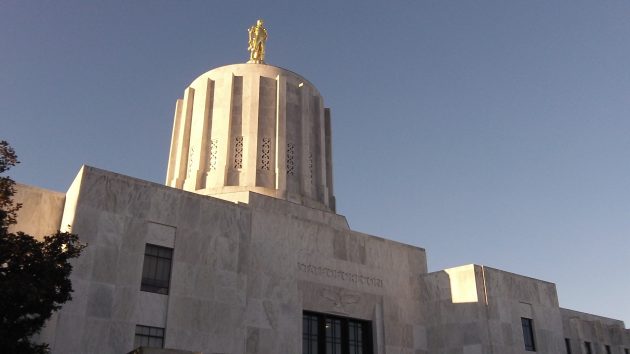 The Oregon State Capitol Building, where the legislature passed HB 2550 this year.

If you’re selling a house in Albany or anywhere else in Oregon after next Jan. 1, you may be hearing about a new law that supposedly bans would-be home buyers’ so-called “love letters.” But the law does no such thing.

In the real estate business, apparently it sometimes happens that people hoping to buy a house send the owners a letter describing how much they like the place, how their family would thrive there, and so forth. The idea is to make their bid stand out among competing offers.

During the 2021 regular session, somebody persuaded our legislators that such letters could lead sellers to discriminate based on race and various grounds. So they passed House Bill 2550.

A group of real estate agents in Bend now has filed suit in federal court, challenging the law as a violation of the First Amendment’s guarantee of free speech.

Here’s what the law actually says: “In order to help a seller avoid selecting a buyer based on the buyer’s race, color, religion, sex, sexual orientation, national origin, marital status or familial status as prohibited by the Fair Housing Act (42 U.S.C. 3601 et seq.), a seller’s agent shall reject any communication other than customary documents in a real estate transaction, including photographs, provided by a buyer.”

(The clumsy construction implies that photos of buyers are part of customary real estate documents, and therefore allowed, contrary to the legislation’s intent.)

This section now is part of the law that regulates the duties of sellers’ real estate agents. It takes effect Jan. 1. You will notice that it does not apply to buyers at all. It does not seek to prevent buyers from doing anything, including writing letters to anyone, or enclosing photos with such letters.

All the law does is require licensed agents acting on behalf of sellers to refuse to accept such letters or to pass them on. But assuming that buyers know the address of the place they want to buy, there’s nothing to keep them from writing to the owners on their own. (hh)