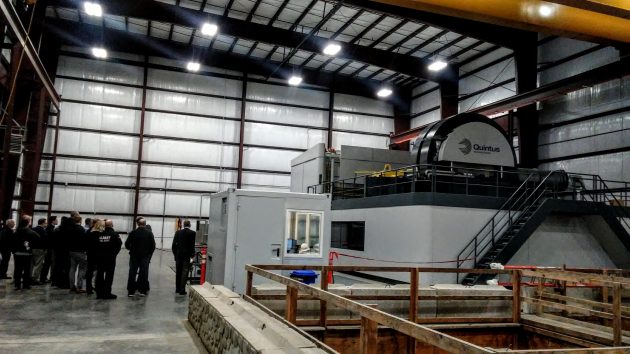 You can get an idea of size of the Quintus HIP, newly installed in Albany, from the people taking a look at the machine this morning. You don’t see the bottom part, which sits in a deep concrete pit.

HIP stands for hot isostatic pressing, a process crucial to the manufacture of castings produced by the Albany metals industry. At an open house this morning, Albany’s Stack HIP, part of Stack Metallurgical Group of Portland, showed off the installation on southeast Marion Street that is about to start full-scale testing and operation.

The machine subjects titanium and other metal castings to immense pressure and temperature in order to squeeze or bake out any impurities. Until now, Albany manufacturers such as ATI and Selmet have had to ship their products out of state for this step. Now they can get it done in Albany, saving time and money.

The machine itself, made in Sweden, cost about $20 million. Together with the building constructed for it by Gerding Builders at 4322 Marion St. S.E. it represents an investment close to $30 million. The Albany City Council acknowledged its importance to the local economy by approving, last October, a $745,000, seven-year, 2½ percent loan to Stack Metallurgical Group.

The building has a second pit to accommodate another big Quintus press, and space with an extra strong concrete floor to accommodate a third, smaller but above-ground HIP.

When it’s in full operation, there will probably be 18 to 20 employees, and the place will run around the clock.

About 50 or 60 people turned out for today’s open house. There were company, banking and industry leaders and local officials, as well as a man from Sweden, representing the maker of the machine. (hh) 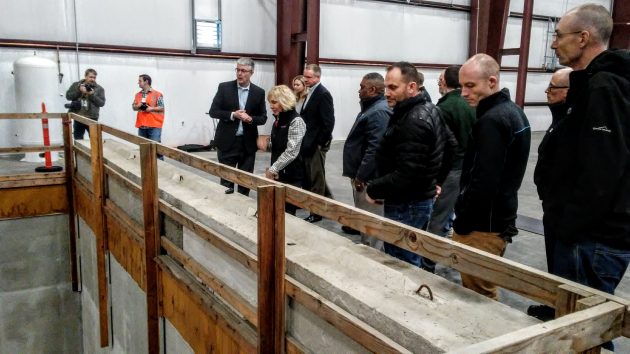 Brice Winney, general manager of the Albany operation, speaks at the pit ready for the second HIP machine. 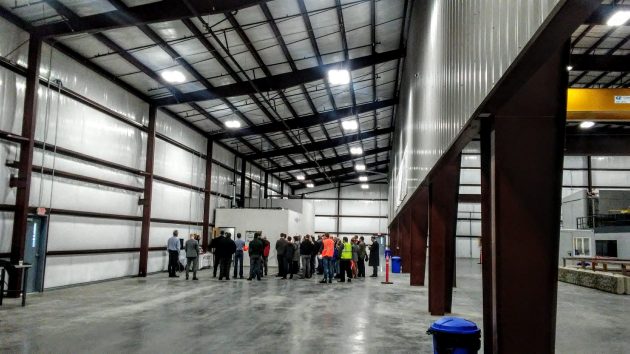 The building is big enough to accommodate an overhead crane.

7 responses to “HIP: A milestone for Albany’s metals industry”