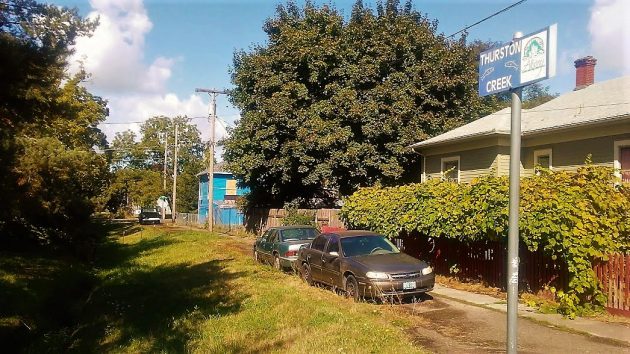 Restoring the Thurston Canal could start with removing broken-down cars from the right of way.

CARA, Albany’s downtown urban renewal program, is once again looking for what to do next, so how about finding a way to renew the neighborhood east of Lyon Street, especially around the Thurston Canal?

The program’s last major retooling since its start in 2001 came four years ago. In 2013, after a year or navel gazing and policy meetings, the advisory board of the Central Albany Revitalization Area began making decisions on its future. Eventually, the outcome was the current $8 million reconstruction of selected core area sidewalks and streets.

Now, nothing major is on the horizon. But the Albany Revitalization Agency — the city council, actually — still has the legal ability to borrow about $30 million for additional projects. (It started with an authorized maximum debt limit of $56 million, of which $37.8 million remained at the end of June 2016. Since then it has borrowed another $8 million or so for the “streetscape” project.”)

So at the CARA meeting on Sept. 20, the board was encouraged to start thinking about the next big project. Mayor Sharon Konopa urged members to start reviewing the list adopted when the urban renewal district was created. And Ed Hodney, in charge of CARA staff work, said he’d suggest a framework by the next meeting on Oct. 18.

The CARA list contains 51 separate projects, acivities or ideas. Among them is the “Thurston Canal Esplanade,” though a year or two ago the board tried to ditch the term “esplanade” as being too, well, precious.

That canal carries water from the Eighth Avenue Canal north toward the Willamette. Some time in the 1970s, if memory serves, the canal was buried in a pipe, with only a token ditch left on the surface. It looks like this: 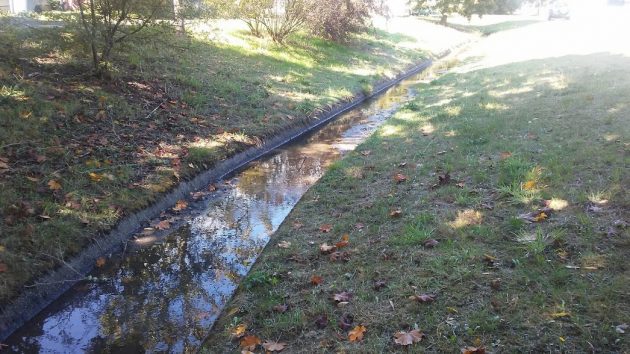 The main idea behind CARA is that public improvements will lead to upgrades of nearby private property as well. This would lead to a more stable and prosperous community, not to mention more tax revenue, eventually, for all the local governments. 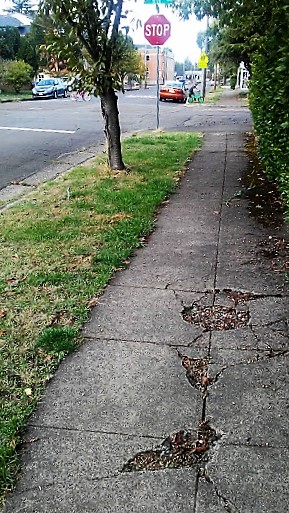 Walking around the streets along and around the Thurston Canal, you can see that some private owners already are doing what they can, restoring their near-century-old houses. Chances are they would welcome an aggressive program that would seek to renovate their neighborhood by fixing the streets, sidewalks and yes, the historic canal. (hh)