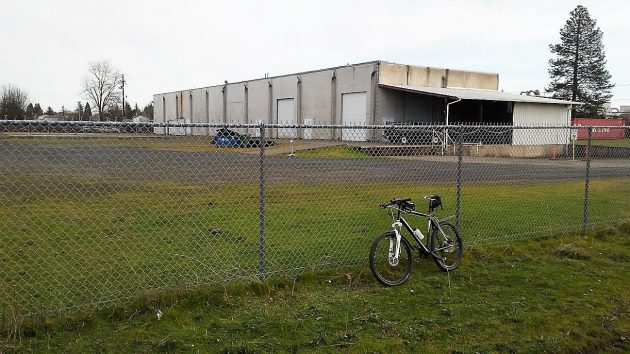 This is the warehouse at 250 Queen Ave. where a company plans to produce hemp seed.

Albany’s planning division has approved the use of a leased Queen Avenue warehouse to grow seeds of industrial hemp, and the grower says neighbors have nothing to worry about in regard to aroma or crime.

Community Development Director Robert Richardson on Thursday approved a site plan for the operation. Among the conditions of the approval are that the owner must dedicate 10 feet of right-of-way along the frontage on Queen, that the property have two marked parking spaces for vehicles and one for a bike, and that the site be landscaped. (The application said only one or two people would be present at the building at any one time.)

People living in the 2000 block of Ferry Street had written to the planning division, asking whether the hemp production would cause breezes from the north to carry unpleasant odors their way, or perhaps pollen that might cross-pollinate any recreational or medicinal marijuana growing in the neighborhood. They also wondered whether hemp production would tempt the criminal element.

Seth Crawford, who has a doctorate in sociology from the University of Oregon, is co-owner with his brother of Jack Hempicine LLC in Corvallis, which requested the city’s approval for its Albany operation. Crawford responded that there had been no reports of any theft or other crime associated with industrial hemp in Oregon since its production became legal in 2014.

As for pollen or odor, he wrote that neither could escape because of the stringent precautions being taken to prevent adulteration of the crop. To make sure of this, “we have created sealed growth chambers in specific spaces in the building and provide artificial light, exogenous carbon dioxide, reclaimed water from dehumidifiers, and air handling through industrial-scale, refrigerant-based split conditioners.”

Outside those chambers, he added, the air is scrubbed with both HEPA and carbon filters. The systems are sized to remove fungal, bacterial and pollen contamination. They also have the benefit of removing the chemical compounds that cause plant aromas.

Crawford wrote there would be no public access to or shipments from the property. David Martineau, the city planner who handled the site-review process and wrote the staff report, told me he understood that the operation would produce only 200 pounds of seeds per season, so maybe they plan to send their product to farmers in the mail.

In his letter to the city, Crawford said Hempicine is licensed by the state to research and produce “federally legal” industrial hemp seed. “We are the nation’s leading producer of specialized industrial hemp seed for farmers and operate a number of production sites throughout Oregon.”

On Thursday afternoon, I looked at the warehouse through the fence. There were vehicles, but I saw no one and the gates were closed. A message left on Hempicine’s website, asking when the seed operation on Queen would start, got no response by Thursday night. (hh) 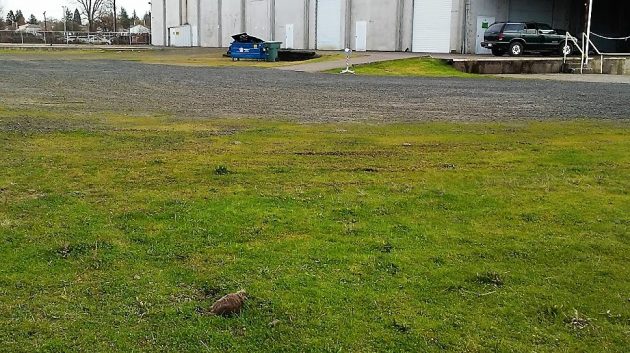 In the weeds near the fence, a dead nutria (as far as I could tell.)