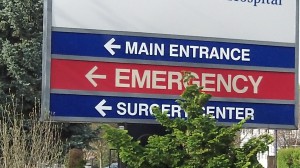 As you may have read in the papers on May 5 and 6, a study has found that people on the Oregon Health Plan were not necessarily in better health than those who were not on the plan. It did find that those on the plan used health care services more and did not face catastrophic medical bills, which is nice for them.

The study, by researchers at Harvard and MIT, was based on a comparison of about 6,400 people who won a lottery to get on the Oregon plan in 2008 and 5,800 others who tried to get on it but didn’t make it. The findings seem to undercut one of the main ideas of expanding the state-federal Medicaid program, as Oregon is doing under Obamacare.

The idea is to expand the program with more and better services for more people so as to save money in the long run. But if people getting treatment are in no better health in the long run, the expenses will just keep piling up, and savings will never come about.

The study found that medical spending on the Medicaid group increased about 35 percent over the non-Medicaid control group. This might seem obvious. If there’s more medical funding available, more is going to be spent. But sometimes it takes researchers from Harvard to confirm what otherwise is obvious on its face. (hh)

Rhea Graham responded via Facebook: What they should do is cover Smokeless Cannabis Remedies and let the people get over their pain and ailments using that instead of the pharmaceuticals which have side effects that are worse than the original condition most of the time.  Many times topical remedies are all a person needs. Help stop the insanity!