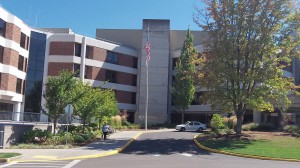 The CEO of the community hospital in Lebanon gave a talk about the costs of health care the other day, and according to a story in the paper she said the costs were out of sight. She’s right about that. But if she talked about the contribution to that cost by hospital organizations, the paper didn’t mention it.

You can look up some of that information on Form 990, which tax-exempt organizations must file and make public. In our area we have Samaritan Health Services, the parent company of a network of hospitals, doctors’ offices and senior-care places in the mid-valley and on the coast.

Samaritan is tax-exempt under section 501(c)(3), and in 2011 it reported earnings of $24.7 million on gross revenue of almost $170 million. The compensation of its chief executive totaled almost $1.4 million. And including nontaxable benefits, the Samaritan vice presidents heading the hospitals in Lebanon, Albany and Corvallis were paid $321,000, $398,000 and $500,000, respectively. (Among all its other expenses, the company also spent $1.4 million on advertising and promotion.)

I’m sure there are good reasons for those amounts and all the other expenses the organization lists. And they illustrate this point: We can talk all we want about health care expense, but there also is health care income, and for the top people it isn’t small. (hh)

From Wilma Albright on Facebook: Guess we were in the wrong business.

From Tom LePage, on Facebook: CEOs in general make too much money for screwing the workers, but it is sad to see that nonprofits are just as bad as the for-profits. Just look at the damage Carly Fiorina and Dark Turd did to the mid-valley tossing people out the door at HP. They were awarded millions for killing The HP Way.