Hazelwood Park: What about the trees? 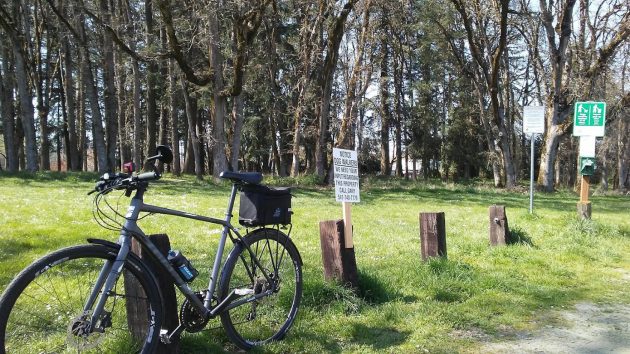 Even in spring, before the oaks have leafed out, the first thing you notice in Albany’s Hazelwood Park is the dense stand of mature oaks and Douglas firs. The city council may declare the property surplus, and one question will be what happens to the trees.

I visited the little park off S.W. Queen Avenue on Tuesday and recorded this two-minute video while I was there:

The parks master plan the city council adopted in February calls for Hazelwood Park to be sold or transferred.

An Albany nonprofit, Creating Housing Coalition, whose president was appointed to a council vacancy in January, has asked to negotiate to acquire the 2.6-acre property in order to build a cluster of about 25 tiny houses there.

The group also seeks to obtain a $100,000 grant from Albany’s federal community development funds to acquire property for its “Hub City Village.”

They’ve raised $300,000 in grants and private donations, expect it will take four to six months to gain control of a site, and then hope to start construction within one or two years of securing the property.

Goby, a retired physician who was instrumental in getting the Albany Carousel completed, posted his phone number at Hazelwood asking park users, especially dog walkers, for their input. When I called, he told me that trees in the center would be taken out to make room for the tiny houses but an outside ring of trees would be maintained.

And people would continue to be welcome to walk their dogs there.

Houses along S.W. 17th Avenue back up to Hazelwood Park. One of the residents told the council last month she and her husband had bought their place confident that a city park could never be developed. She said the neighbors would have appreciated being notified about plans to get rid of the park.

If and when the council decides to divest itself of Hazelwood Park, a public hearing will be required. The land is zoned for single-family residential use with an average minimum lot size of 6,500 square feet. How that squares with the tiny houses of Hub City Village, the city’s land use process would have to decide. (hh) 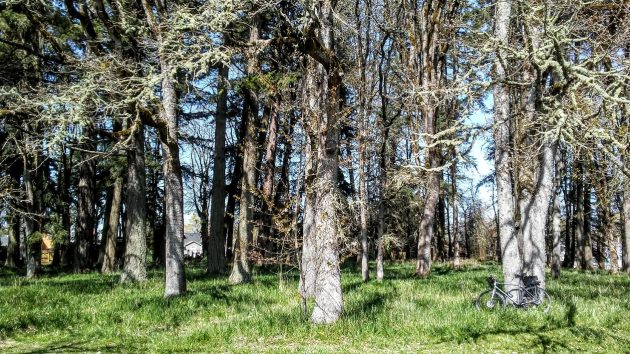 The trees of Hazelwood Park on Tuesday, April 6.


7 responses to “Hazelwood Park: What about the trees?”