Have the time? Don’t look up just yet 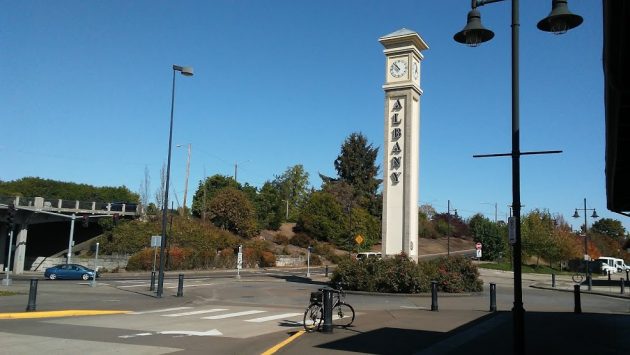 This photo was taken at 12:19 p.m. on Tuesday, which you wouldn’t know from the clocks on the tower at Albany Station.

Some people have noticed that if you want to know the time of day, the clocks on the tower at Albany Station are no big help.

One of those who noticed is Lindell Johnson, who sent me an email.

“Could you find out why the clock tower at the train station is never showing the correct time on ALL the clock faces?” she asked. “A beautiful entrance into Albany but never ‘updated’ with time changes, never accurate on all sides, etc. What’s the point of the clock tower if not useful and accurate?”

I hadn’t noticed  myself, so on Tuesday I went to take a look. 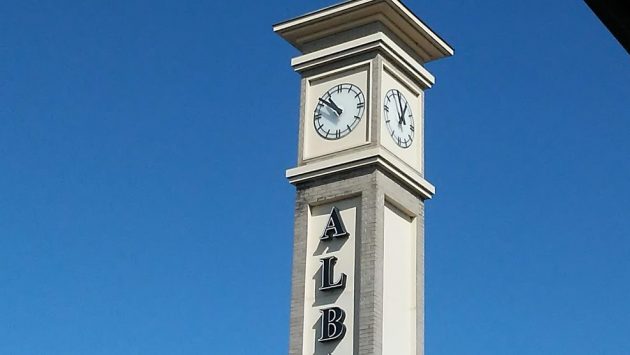 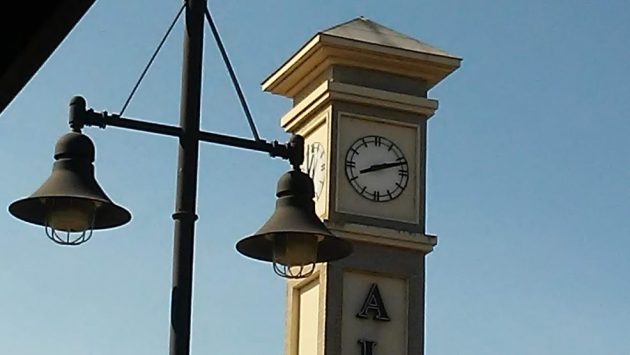 The good news is that this is going to get fixed, according to what I heard from the city of Albany, which owns the station and the clock tower.

At City Hall, Holly Roten promptly fielded my question. “Here’s the information I received from our facilities maintenance supervisor on September 22,” she emailed. “Three of the four clock motors have seized. The other one is slipping so bad that it won’t keep the correct time. Foress Sign Co. will order and install the new motors.”

Getting the motors may take two to three weeks, she added.

Tom Valentino of the city added that the new motors are about $250 each. Three of them apparently have been in place since the 60-foot tower was completed in early 2007. The fourth was replaced about five years ago.

The tower was the crowning touch when Albany’s historic Southern Pacific depot and the grounds were restored in a major project, the first part of which was completed in 2006 at a cost of about $10 million. That was followed by the restoration of the former Railway Express Agency building next door, which now houses the Albany Transit System offices.

The clocks were a gift from the Greater Albany Rotary Club, which contributed $40,000 to the tower project, which cost about $140,000, including the clocks.

The way things stand, you might say that the tower clocks are right a combined total of four times a day. And now it looks as though soon, they will all be right around the clock. (hh)

6 responses to “Have the time? Don’t look up just yet”