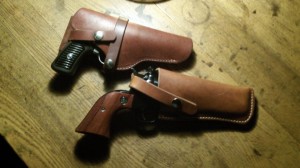 Up for discussion in Salem again.

The 2014 legislative session has not even begun, and already there’s talk once again of guns, as though that was one of the most pressing issues of the day. Sen. Floyd Prozanski, D-Eugene, wants to revive a proposal that died last session. It would require criminal background checks before “the private sale of firearms.” The legislation would exempt sales and transfers within families, extending as far as grandparents and nieces and nephews.

Now, if you buy a firearm from a dealer, in the store or at a show, you have to fill out a form. The dealer charges you $10 extra and telephones your information to an office at the Oregon State Police. And unless you have a criminal record, someone usually authorizes the sale on the spot, by phone. But not always. On Jan. 2 the state police reported that some dealers were getting a busy signal because of heavy call volume to the state phone bank that is shared by the Firearms Instant Check System. It had nothing to do with the system itself, and the online portion of it was not affected.

Prozanski’s proposal seems benign except for the paperwork and additional fee. (How would private persons remit the fee to the state, and would that entail a delay?) And any expansion of punitive laws is justified only if it deals with an actual problem, not some theoretical and unsubstantiated fear.

At present, the background check is required when buying a gun from a dealer or at a show. Expanding it would accomplish what exactly? The main thing is that it would expose sellers who fail to obtain the background check to prosecution. Is that what we want, one more way for the government to charge people with a crime for failing to do what the bureaucracy says?

The Senate Judiciary Committee will talk about this “legislative concept” when it meets in the Capitol on Friday afternoon (Jan. 17, 2014). Prozanski’s colleagues on the committee, including Sen. Betsy Close of Albany, ought to insist on a sound and compelling rationale before advancing this bill. (hh)