Guns at risk of an ERPO order 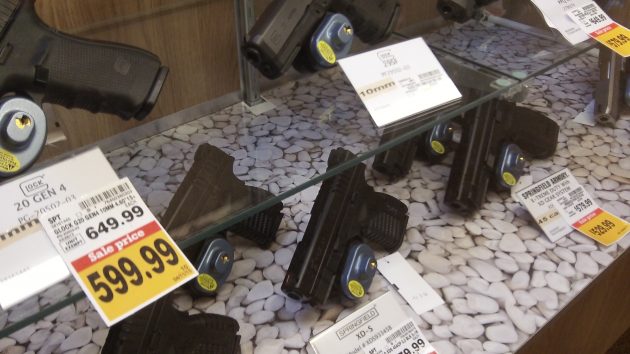 Recipients of “extreme risk protection orders” would have to give up their weapons and be barred from buying others.

As everybody knew they would, Democrats in the Oregon Senate have passed SB 719, which allows the confiscation of guns if someone can convince a judge that the gun owners are a threat to themselves or others. The House will likely pass it too, because the majority is ready to infringe on a constitutional right if they think it will, as the saying goes, “save just one life.”

Whether the bill saves any lives is unknown. It might actually cost some, but that too is unknown. The main thing seems to be that the bill is opposed by the NRA, so the majority in the legislature passed it if only to stick it to the gun lobby and vote the way out-of-state billionaire donors want.

SB 719 creates a process for judges to issue “extreme risk protection orders” or ERPOs barring people from having or buying “deadly weapons.” To issue such an order, a judge must find that a person presents a risk in the near future of committing suicide or injuring somebody else.

The bill raises questions of how it would work in practice. So it would have been nice for the Senate to find out how the same concept has been applied in California, which adopted it in 2014, and Washington state, where voters approved it as an initiative since.

Senate Democrats outnumber Republicans 17-13. SB 719 passed 17-11. In a press statement, Democrats called it “bipartisan, common-sense legislation that will save lives by keeping deadly weapons away from people at risk of harming themselves or others.”

It is bipartisan only in that Brian Boquist of Dallas, a Republican, is a cosponsor with Democrat Ginny Burdick of Portland. Two Republicans were excused from the vote. All other Republicans voted “nay.” One Democrat, Betsy Johnson of Scappoose, voted with them against the bill.

Here’s how the bill might cost a life. Say a man lets slip that he is thinking of suicide, but he’s not 100 percent ready. Then he gets wind that a relative is filing a petition under this law. Now he’s either going to have to act or, within a day or so, lose the means he had in mind. That pushes him over the edge and, bang, he’s gone. Without the prospect of the cops taking his weapon and ammo, he might have delayed until, maybe, things looked not so bleak.

The bill gives recipients of an ERPO 24 hours to surrender their weapons. Elsewhere it says police serving the order are to take possession immediately. It also says gun owners can give their weapons to licensed dealers for safe-keeping. So which is it? Some clarity in the drafting would have been helpful.

Clarity wasn’t the object on this bill. The object, apparently, was to pass something that would make the proponents feel they were doing something about guns, regardless or whether or how it works out. (hh)


7 responses to “Guns at risk of an ERPO order”