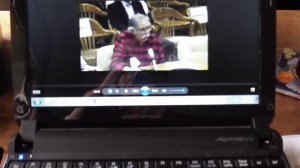 A native Cuban, now a U.S. citizen, cited freedom as a reason against the bills.

You almost have to feel sorry for legislators when they have to sit through endless public hearings even though their minds are made up on the issue at hand. With rare exceptions, witness after witness says pretty much the same thing, and legislators have to sit there and pretend to look interested. Friday’s four-hour hearing before the Senate Judiciary Committee in Salem was an example of this.

At issue were four bills restricting the rights of citizens concerning gun ownership. The outcome is hardly in doubt. Democrats signed on to the bills and plan to advance them. Republicans are opposed but don’t have the votes to stop them. And yet, a long parade of witnesses felt obligated to make themselves heard.

None of the supporters of the restrictions zeroed in on the central questions: What is the particular problem that these bills are intended to fix? Requiring more background checks would stop gun thieves from doing what? Threatening to make felons of concealed handgun license holders carrying in school is a response to what actual harm? Adding live-fire tests to CHL qualifications would remedy what actual problem?

None of the proposed complications for gun owners has any relevance to the shootings that prompted the bills. But to the backers it doesn’t matter. They just want more control. (hh)

Guy March responds: I agree with your comments about the hearings.  I would add:
Judging by the comments by some of these gun control advocates, they really don’t know a lot about guns.  That tells me they probably have never been around them nor taught to use and respect them.  What that means is that they are afraid of them.  If they don’t know and understand them they fear them and they want to legislate them away.
Sadly we are a society that is afraid of many things.  And we are continually trying to legislate away those things we are afraid of.
Soon it will be against the law to die.
It is easy to be afraid of a chainsaw, if you don’t know how to use it and respect it.