Guess what: It was cooler than last year 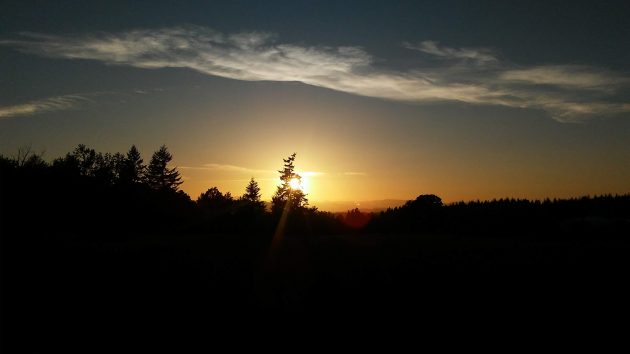 Sunset in North Albany on the 26h of July, a month slightly cooler than the year before.

On a hot summer day, in an era when everything is blamed on global warming, it’s worth noting that sometimes it’s cooler now than it was before.

Utility bills provide some useful information in that regard. For example, the gas bill from Northwest Natural for an address in West Albany shows that the average daily temperature for the month ending July 19 was 64 degrees F. For the same period in 2018, it was just a little warmer at 65.2 degrees.

Pacific Power reached about the same conclusion. On the bill for an address in North Albany, the power company says July 2019 was one degree cooler than in 2018, 64 degrees this year compared to 65 last year.

Same story in Southern Oregon, where the Pacific Power bill says the average daily temperture this July was 69 degrees, down one degree from the 70-degree average in July 2018.

Avista, the gas company serving Jacksonville, noted an even bigger temperature drop for the month through the middle of July: a daily average of 70 degree this year compared to 75 last year.

What does this say about the climate, or climate change? Nothing really. It’s more about changes in the weather from year to year. But it tends to take some of the hot wind out of the sails of those trying to persuade us that we’re facing an imminent climate crisis that demands draconian action to slow or reverse the trend. (hh)

26 responses to “Guess what: It was cooler than last year”