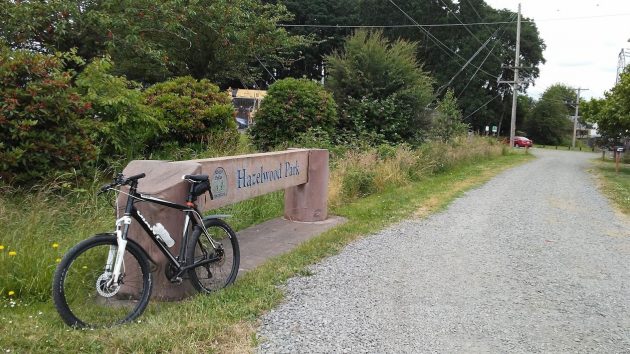 The entrance to Hazelwood Park in June 2017.

Creating Housing Coalition has been looking for land to build a village of tiny houses in Albany, and they think they have found just the spot: Hazelwood Park.

Rich Catlin, the nonprofit’s land search chair, wrote to the city council asking to enter into negotiations with the city to acquire the 3-acre park at 1999 Queen Ave. S.W. That’s just before Queen turns into Oakville Road.

Only the council would have known about the letter, but at the conclusion of Wednesday’s virtual online meeting, new Councilor Stacey Bartholomew asked that letters submitted from the public, including Catlin’s, be read aloud. (The other letters were about other issues.)

Bartholomew is the president of Creating Housing Coalition. The group hopes to build a community of about 25 little houses, from 250 to 400 square feet, and rent them to people who otherwise might be homeless. The place would be called Hub City Village and would feature various support systems for its residents.

Until this year Catlin, a former city land use planner, was chairman of the CARA urban renewal advisory board. But this has no connection to CARA, as Hazewood Park is outside the urban renewal district.

According to its master plans, one adopted in 2006 and the update adopted last month, the parks department wants to get rid Hazelwood Park, which has no facilities to speak of. Years ago it had picnic tables, but I didn’t see any when I checked the place out on a bike ride in 2017 and wrote about it here.

The council didn’t act after Catlin’s letter was read. There was only one comment, from one of the three men on the council, something to the effect of this being a worthwhile project. (In these virtual meetings, sometimes you can’t tell which frame bunched together on your screen has made an impromptu remark.)

According to Catlin’s letter, turning Hazelwood Park into Hub City Village would require a zone change from single-family to multiple-family. That’s the zone that allows apartments.

You can be sure the Hub City Village group will follow up. So in one form or another, this request will be before the council again. (hh) 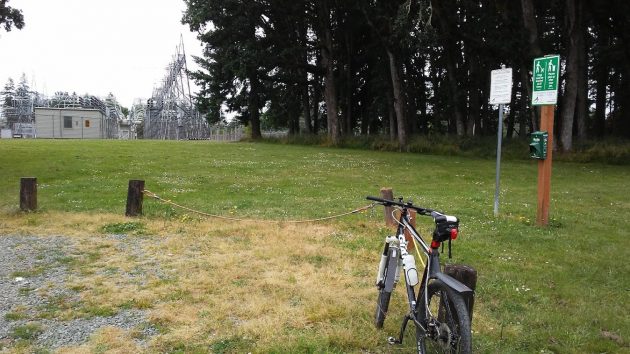 The oak grove on the right is part of Hazelwood Park. In the background, a BPA substation.