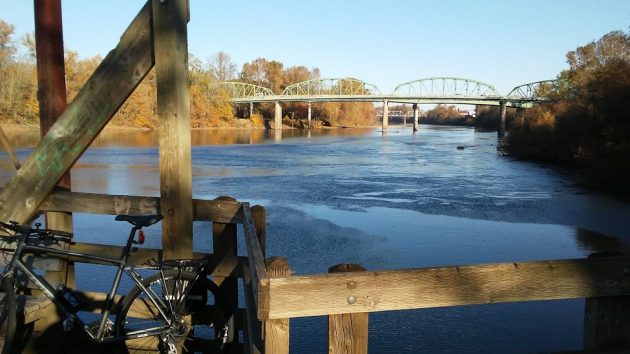 Willamette Riverkeeper, a Portland-based nonprofit, claims Albany is violating the federal Clean Water Act by not having a permit to discharge rainwater runoff to the Willamette River and other waterways. The city says the claim is unwarranted.

On Jan. 31, Riverkeeper sent the city an eight-page “notice of intent to sue” unless the city gets a so-called Phase II MS4 (for “small municipal separate stormwater system”) permit and complies with it in 60 days.

The federal law requires stormwater discharge permits for cities of 50,000 people or more, a size Albany reached with the 2010 census. But in Oregon the law is administered by the state Department of Environmental Quality, which has not pressed the point until relatively recently.

“Since at least April 1, 2010, the city of Albany has repeatedly failed and refused to apply for, obtain, or comply with a … stormwater MS4 permit and is discharging stormwater to these waters without a permit,” Riverkeeper says in its notice.

Late Friday, City Attorney Sean Kidd issued a statement in response. “The January 31, 2020, letter contains many factual and legal errors,” it says in part. “Pursuant to Oregon law, Albany submitted to the … DEQ a notification for coverage under a Phase II Municipal Stormwater permit in 2015. DEQ did not process that notification because, DEQ said, it was developing a general permit applicable to all Phase II communities. DEQ finally issued the general permit in late 2018. Albany was compelled to challenge aspects of that permit that conflict with state and federal laws. That challenge is pending.

“Albany is active every day in advancing a cleaner environment,” the city adds. “Albany shares the environmental stewardship goal that the Willamette Riverkeeper also proclaims. Forcing the city to divert its scarce funding and staffing toward this threatened lawsuit is counterproductive at best.”

Anticipating the need to have a better stormwater program once the DEQ got around to issuing a permit, Albany officials started in 2015 to plan for a new stormwater utility fee (routinely called a “rain tax” on this site), started collecting it in early 2017, and increased it since.

Currently a contractor for the city is completing a $7.2 million pipeline system to prevent sewer overflows along the Willamette during heavy rainstorms.

This is the second notice to sue Albany that Riverkeeper has issued. Last summer, a long forgotten sewer pipe broke and spilled its contents to the Willamette just as the boaters in Riverkeeper’s annual paddle trip floated by. No suit has been filed in that case, and Kidd said negotiations between the organization and the city’s lawyers are still going on. (hh)


9 responses to “Group threatens to sue Albany over rain permit”