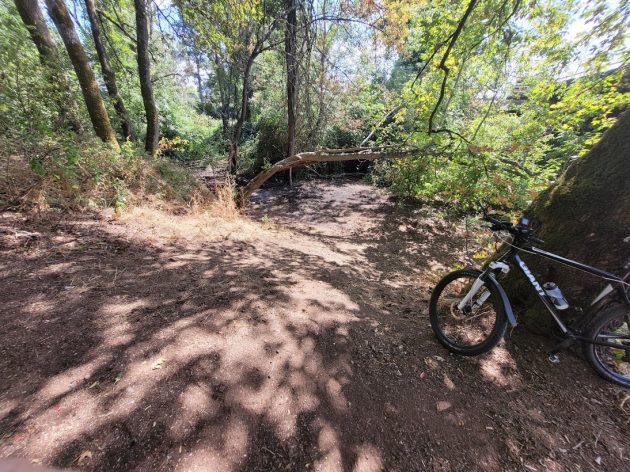 This is the “after” shot from Aug. 10: Look below to see what the Cox Creek bank looked like before.

Before any more time time goes by, I would like to acknowledge the good job of cleaning up the bank of Cox Creek between the railroad tracks and Salem Avenue in Albany. 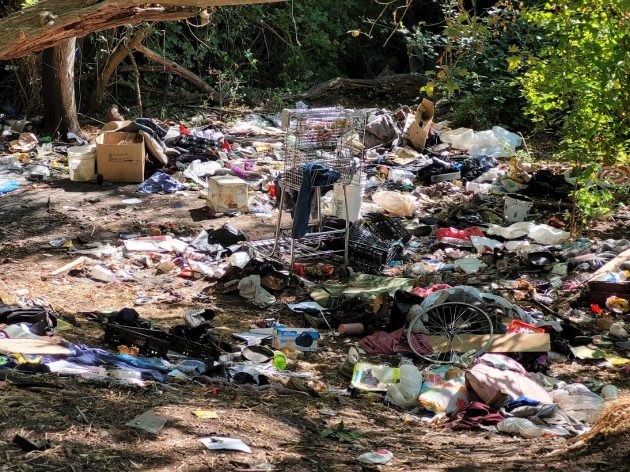 This was the same creek bank on Aug. 4.

As I have mentioned more than once, the Cox Creek Path path along the south side of Talking Water Gardens, from the parking lot of Simpson Park to Salem Avenue, is part of my regular bike route along the riverbank and back.

This year the place had been occupied by one or more vagrants who collected a lot of stuff. It looked like a big pile of trash, though it might not have been trash to the people who put it there.

Earlier this summer the area down by the creek burned up, requiring a fire department response. Another time, people had used some kind of impromptu grill or fire ring under one of the wooden railroad bridges, but a couple of days later that was gone without having caused any damage that I could see.

In any case, by Wednesday afternoon this week the site along the creek had been thoroughly cleaned up. I wasn’t there when it happened, but I surmise that the work was done by the company whose sign was still up along Salem Avenue that afternoon, Apex Property Clearing and Recycling.

The property between the creek and the paved path is part of a 10.4-acre parcel that also includes the Albany Jewish Cemetery and the Waverly Memorial Cemetery, owned by the Albany Masonic Lodge.

Earlier in the week, the city’s code compliance officer told me the lodge had spent $1,900 on a previous round of cleaning up after  unauthorized campers. So perhaps the lodge hired Apex to do this job.

Whoever was reponsible for removing this blight, all of us who use this path appreciate it very much.

Now, the challenge is to keep the Cox Creek gulley picked up. (hh)

Postscript: And yes, it was Apex that did the cleanup along Cox Creek, owner John Origer confirmed to me this morning, Monday, Aug. 15. The city hired him for the job. He’s also cutting brush and tree limbs there and in a corner of Waverly Cemetery, where campers had been causing a nuisance for a neighboring homeowner who recenly complained to the Albany City Council. 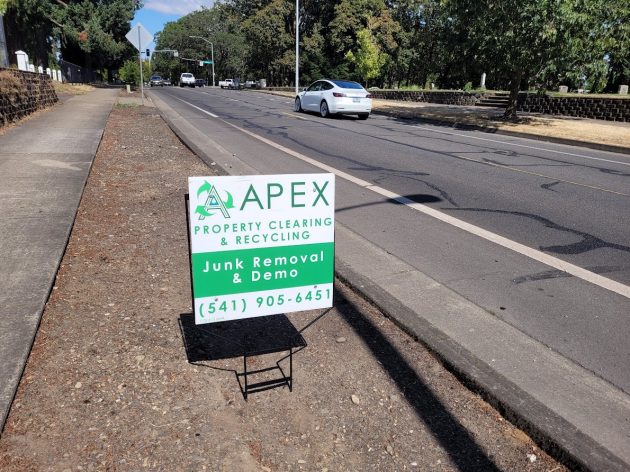