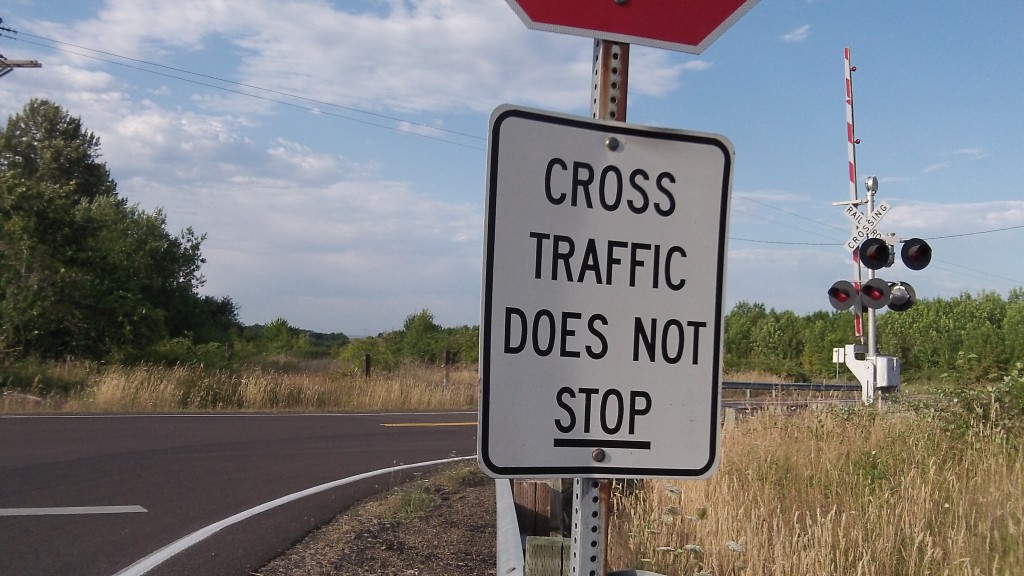 At the risk of sounding petty, the road sign you see above has bugged me for a long time, ever since it was put up, presumably by the Benton County Road Department.

It’s east of Adair Village, where Arnold and Ryals avenues meet. Ryals Avenue makes a right turn there, near the tracks of the Portland & Western Railroad. For years, the sparse traffic on Ryals made the turn without having to stop. Then, some years ago, somebody thought it made no sense to have a stop sign on Arnold, which continues straight and just changes names. So they moved the stop sign to Ryals. Now traffic on Arnold has the right of way, and vehicles on Ryals are supposed to stop.

What changed, obviously, is that traffic on Arnold used to have to stop and now it no longer does. So the sign should stress the difference or the change, as if to say to drivers: “Unlike you, who has to stop, cross traffic does NOT stop.”

The way it actually reads puts the emphasis on the wrong thing. To this motorist’s ear, the sign sounds wrong. (hh)