Cheap gas: Enjoy it while you can 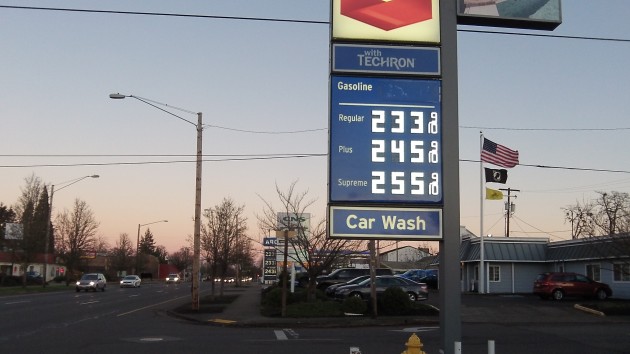 We are enjoying the lowest fuel prices in years, as everyone knows. It’s a huge help to consumers, who now have more money to spend on other things, or even to save. But some people hate it.

Why do some hate it? For one thing it proves them wrong. For another, it undermines their campaign to get us to drive electric cars if we insist on driving at all.

Only a few years ago, self-appointed greens ridiculed conservatives who, in the face of gas prices around $4 a gallon, argued for more drilling. More drilling in this country would never bring back cheap gas, they said. After all, they scoffed, the price depends largely on the world price of oil.

As it turned out, the boom in more drilling in Texas and North Dakota — along with a slowdown in demand in Asia and Europe — has indeed had a big effect on the price. An energy analyst on one European online news program predicted Monday that the downward pressure on the price of oil could last for years, and he credited largely the increased production in America.

In Oregon, meanwhile, we have just re-elected a governor and increased the majorities of Democratic legislators who all want to do all they can to discourage us from using fossil fuels. For that, they need traditional energy sources to cost more, not less.

So they are pushing for the full implementation in 2015 of a so-called “clean fuels” program that will raise the price we pay at the pump. And in the coming legislative session, they also hope to enact a carbon tax that will have the same effect. Oregon elected these people anyway, and we’ll have to live with the consequences. So we better enjoy low fuel prices while we still can. (hh) 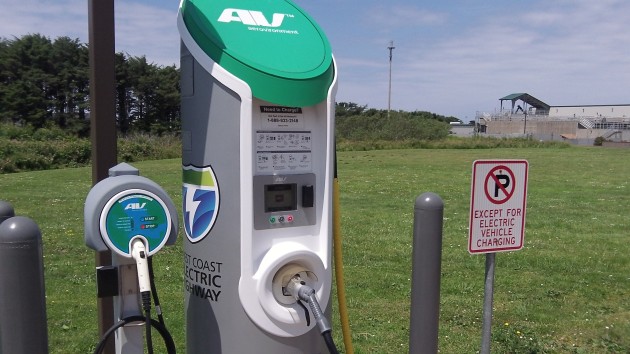 A lonely charging station at the coast last summer.


7 responses to “Cheap gas: Enjoy it while you can”