GAPS: How much is just right? – Hasso Hering

GAPS: How much is just right? 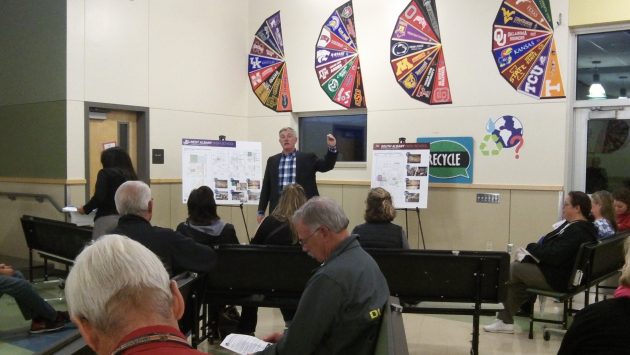 Would voters in the Greater Albany School District vote for a tax increase big enough to cover more than $200 million in school expansions, additions and renovations? Probably not. So district leaders are trying to guess the amount that is less but could possibly win approval in a bond election tentatively planned next May.

About 20 members of the public — in addition to school board members and school district employees — showed up at Timber Ridge School Wednesday night for the first of four sessions this month to gather comments. Whether board members or Superintendent Jim Golden learned anything from the sparse crowd I don’t know. To get a firmer grasp on public sentiment, the district is planning a professional telephone survey this winter before making a decision on the amount and scope of the bond.

One option is a bond that would require a property tax rate to merely replace, not increase, the about-to-expire tax rate levied to pay off the previous school construction and renovation bond. But that would probably pay for roughly half the projects the district has identified as being useful or needed.

People attending the Wednesday session were handed a sheet outlining projects identified by a citizens’ advisory committee. The total: $208 million, based on architects’ preliminary estimates.

Among the items on the list: New and bigger elementary schools at Clover Ridge and Oak Grove totaling $48 million. Replacing part of West Albany High School and adding a second gym totaling more than $34 million. Also, two additional phases of replacing the rest of West for $62.6  million. At South Albany, adding a $14.9 million auditorium and a second gymnasium for $5.8 million. (A concept plan for West includes an auditorium as well, but the list didn’t mention it.) Topping the list were $39 million in facility upgrades.

GAPS counted about 9,500 students this fall from kindergarten through high school, along with the full-time equivalent of nearly 1,100 teachers and other employees in 21 schools. Golden expects enrollment to keep growing. “We hired approximately 90 new teachers and assistants this year, our largest group ever,” he says in a newsletter.

The district does not want to put up a bond issue so large that voters are likely to say no, one administrator told me. They’re looking for the sweet spot that will accomplish the most important improvements and also get at least one more than half the votes in the May special election.

Just one? Yes, under a constitutional revision that voters approved, to approve tax measures there’s no more need for a double majority (more than 50 percent yes votes if at least 50 percent of eligible voters cast ballots) in any election held in November or May. (hh) 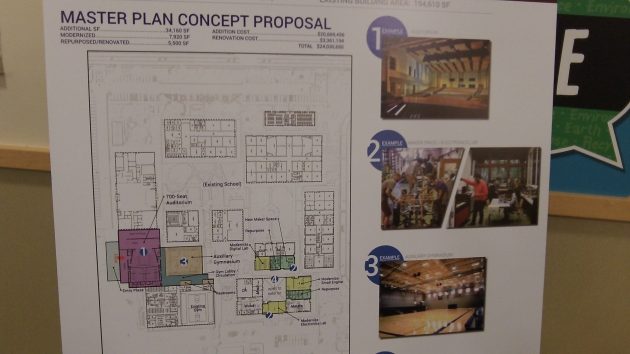 This concept for South Albany High shows a 700-seat auditorium (1) and an auxiliary gym (3).

7 responses to “GAPS: How much is just right?”