From a bike you see a lot including this 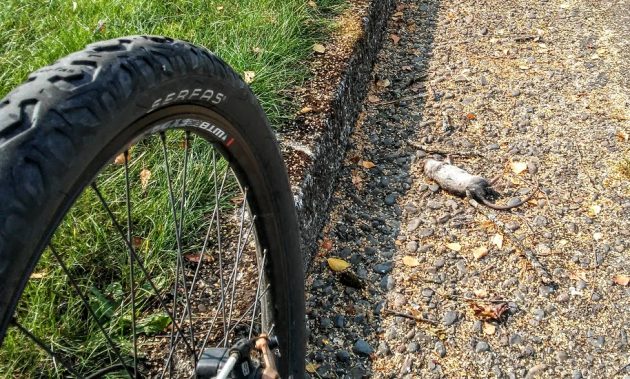 Is it a sign of anything if you find a dead rat in the gutter of a city street in Albany? Probably not, but it does make you think about rats, at least for a while.

Rats are nothing new in any town. According to online reference materials, they are the most numerous species of mammal on the planet. So it’s no surprise to see one now and then.

In Albany, it’s been seven years since rats were mentioned in the local prints. In 2013, the Democrat-Herald ran a story by reporter Cathy Ingalls, since retired, that some residents had noticed what they considered a rat problem.

The problem in that case was blamed on a couple of long-vacant houses, in different parts of town. Their overgrown yards were said to offer ideal nesting habitats for rats.

According to everything you read, the advice on not attracting rats, or on getting rid of them, boils down to keeping areas in and around your house clean and picked up. And don’t put out food for outdoor pets, or let bird seed accumulate on the ground under the feeder.

I know someone who, some years ago, discovered rats under his house in one of the older parts of town. He went into battle and set out traps, catching a few every night. But while he certainly made a dent, I’m not sure he ever got rid of them all.

I know of another case, not in Albany, where rats gained access to an attic via a tree that had grown very close to the roof, providing a ready point of access. The tree was cut down, and that was the end of the problem with rats.

I see all kinds of things on Albany streets while riding my bike. On Wednesday the little carcass in the photo above was in the gutter on the north side of Burkhart Park , which I would not think of as a place ideal for rats. Whether this was, when living, a lone rat or part of a “mischief,” I have no idea. (hh)