Freeway Lakes: The weeds have taken over 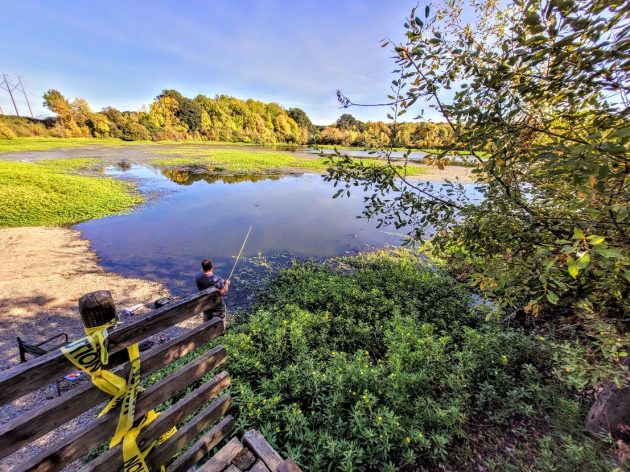 An angler tries his luck at Freeway Lakes on Sept. 23. In the distance, thick beds of water primrose.

If you haven’t been to Freeway Lakes southeast of Albany for a couple of years or so, you’ll be shocked to see the sorry shape the place is in now.

Much of the surface of the east and middle lakes is covered with thick beds of Ludwigia, better known as water primrose. So forget about boating.

The banks are so overgrown that people have complained on Facebook that there’s hardly any place to reach the water for fishing.

I’ve done a couple of pieces about Freeway Lakes on this site since 2013. The latest, three years ago, sketches the story of how these lakes came to to exist and how they became a Linn County Park. You can look it up here.

The east lake, where there’s a gravel launch ramp and parking lot off Three Lakes Road, looked free of the primrose weeds in the spring of 2018, and the wooden dock was still in place. Now the dock is gone, and there’s little open water left.

Linn County Parks Director Brian Carroll told me Monday that the dock was removed because of vandalism, and there’s no current plan to replace it. Looks like the vandals won.

As for the infestation of weeds, Carroll wrote in an email: “We are working with the Calapooia Watershed Council on the … issue. We had a spray contract in place for about two years and are working on renewing that contract. The east lake and now the middle lake are silting in, and that is leading to a fertile environment for plants like Ludwigia to take hold. We will continue to work with Calapooia Watershed to eradicate the Ludwigia. But it will be a continual problem due to influx of seeds from Oak Creek feeding the lake.”

I’ll check with the watershed council about the status of that eradication effort. What does it entail, and when will it start? And if Oak Creek is picking up water primrose bits upstream, can that be prevented?

In the meantime, Carroll added, “A group of people that would like to form a friends group for Freeway Lakes has approached us, and I believe that is a great idea.”

He is referring to a volunteer effort led by Frank Frenzel, who called my attention to the situation at the lakes last week. He’s the administrator of a public group on Facebook, “Let’s Restore Freeway Lakes.” As of Monday the group had 39 members.

These lakes aren’t big, and the constant traffic noise from I-5 makes them not exactly idyllic. But they’re the only publicly accessible bodies of water close to Albany that warrant being called lakes. The county should do its best to restore them and then keep them in usable shape. (hh) 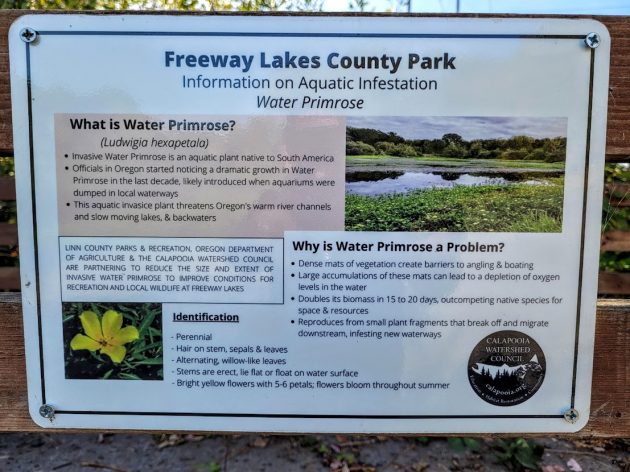 A sign at the county park explains the problem. 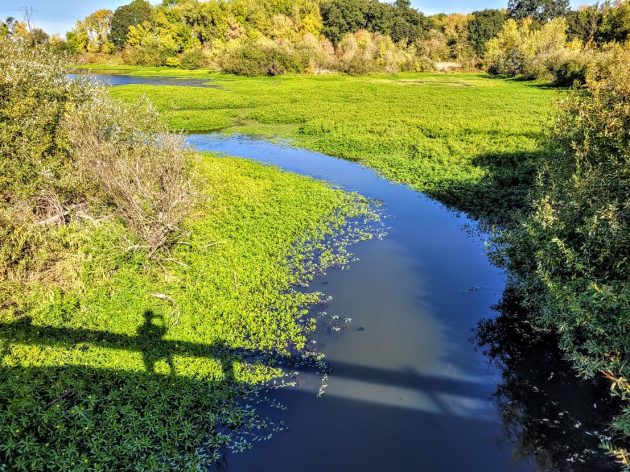 The east lake as seen from Three Lakes Road on Sept. 23. 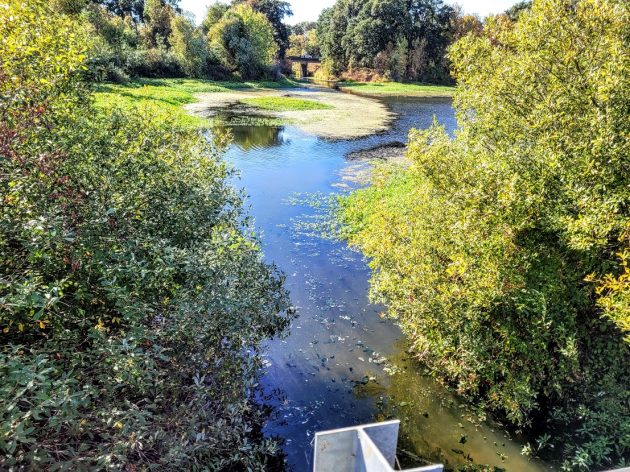 The middle lake has been reduced to a channel through the primrose weeds. 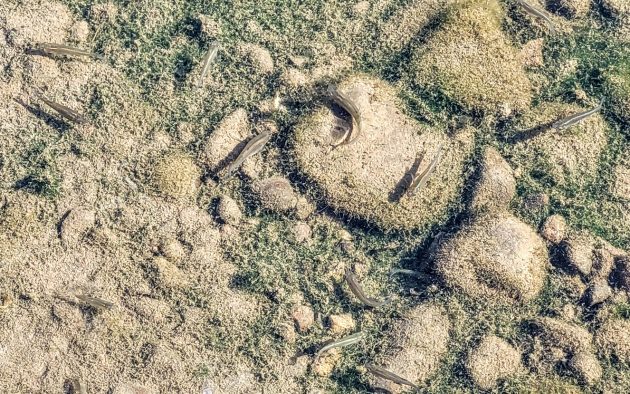 Despite their problems, the lakes are still home to fish, such as these.


11 responses to “Freeway Lakes: The weeds have taken over”