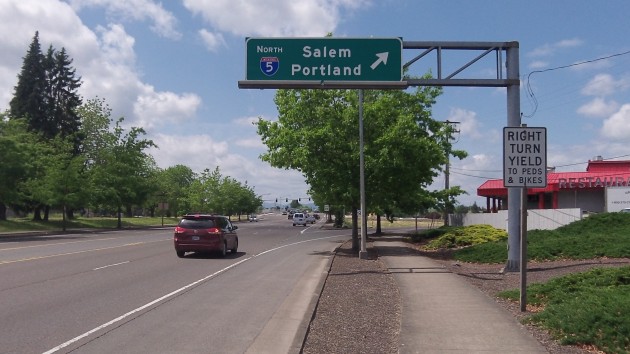 The northbound on=ramps off Highway 20n would be reconfigured.

At first glance, the proposed changes that state highway planners have drafted for the Albany interchanges on Interstate 5 look complicated and costly. And it’s not clear to the average motorist how they’re going to improve the flow of traffic.

The Oregon Department of Transportation and various committees have been looking at a six-mile stretch of the freeway from the Highway 20 interchange north since at least 2006. In 2011, the planners recommended new layouts for the Santiam (Highway 20) and Knox Butte interchanges. More time passed, and the recommendations were firmed up in 2013. This spring and summer, ODOT intends to hold public meetings to explain the plans and gather reaction,

According to the latest maps published by ODOT: 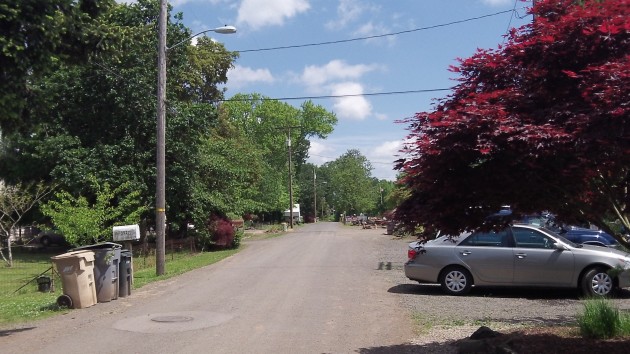 This is Dunlop Avenue, which would carry traffic from Century Drive to Knox Butte Road.

— At the Knox Butte interchange, Century Drive would no longer connect to Knox Butte Road. Instead, a new connection would be built along Dunlop Avenue and Expo Parkway. Some of  the ramps would be shifted or realigned.

— At the Santiam (Highway 20) interchange, the southbound loop off-ramp would be removed. Presumably there would be another way to get off the freeway there, but the map doesn’t show it. The northbound on- and off-ramps would be realigned too, and the question is why. Unlike the mess on the west side of the interchange, these east-side ramps seem to work OK.

The Albany City Council will get a chance to ask about the proposed layout at a work session with ODOT scheduled at 4 p.m. Monday,  May 19, at City Hall. The main question: Congestion is a problem now, but if and when the changes are built, how will the traveling public be better off? (hh)

2 responses to “Freeway changes: Some questions”