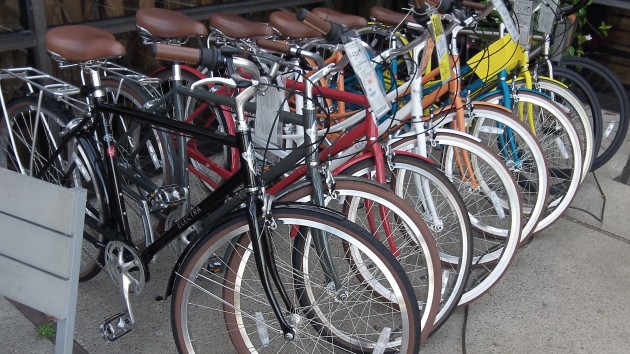 Want to reduce emissions? Promote the greater use of bikes.

As near as I can tell — and the search features of the Oregon legislature’s excellent website make it easy to check — not a single bill this session deals with bicycles. The majority Democrats claim to want to reduce carbon emissions to the atmosphere. Encouraging cycling is one immediate and low-cost way to accomplish that, but the opportunity is being ignored.

Instead, Democrats in the Oregon House and Senate are pushing various schemes to make residents pay more to live and work in this state. They are trying to increase the rates people pay to light and heat their homes and to run machines. They want to make fossil fuels more expensive to use. And all this without any likely reduction in greenhouse emissions, let alone any noticeable benefit in terms of preventing “climate change.”

If our defenders of the atmosphere were sincere, they would come up with programs to give a big boost to the use of bicycles for transportation. Within towns and cities and the suburbs, there’s no reason that most errand-running trips could not be done on a bike.

What would it take to accomplish that? Incentives, that’s what. Money would help. Suppose we gave people tax breaks for leaving the car at home? Technology makes it possible for people to keep track of their bike mileage and report it on their state returns, if the law allowed it, for a credit on their income tax.

Other steps? How about a law change to allow bicycle riders to treat stop signs as yield signs? They do anyway, so why not make it official?

Why not a crash program to add pavement markings to increase the perception of safety for bike riders in heavy traffic — or to lower the actual risk of being rammed from behind?

Think of all the carbon dioxide emissions from vehicle engines that a vigorous state program to promote bike use could prevent. The effect on the climate would be nil, of course, just like what the lawmakers are pushing now. But unlike the nefarious carbon-pricing schemes now pending, a big-time bike program would actually help Oregon taxpayers and residents. And it would cost them not more but less. (hh)