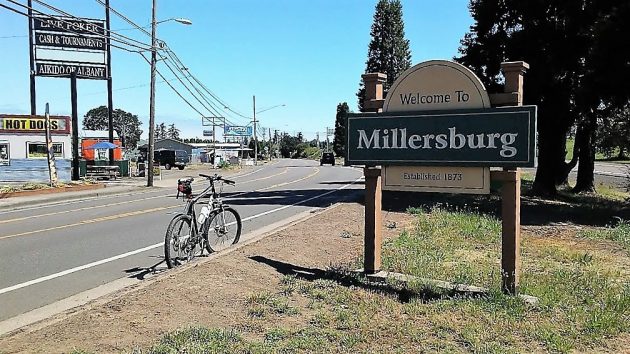 So, following Tuesday night’s public hearing at Millersburg City Hall, what did the city council decide about future fire service in the town?

I asked City Manager Steven Hasson for a summary, and he replied: “The Council took action to divest both fire district authorities within Millersburg as of July 1, 2018 – with an aim, in the interim, to reach some agreement with the City of Albany for fire and EMS related services — but also moving forward with a recognition Jefferson Rural has had the city’s backside for many years and thus an effort needs to be made to minimize the impacts to that organization resulting from this transition.”

For as long as anyone can remember, the town of 1,730 (according to the latest official estimate by the Population Center at Portland State) has been covered by two rural fire districts, Albany Rural from Conser Road south and Jefferson Rural to the north. Albany Rural contracts with the city of Albany for fire service, so it’s the Albany city fire department that responds to alarms in the southern half of Millersburg.

Almost all calls to 911 now are about medical emergencies, which is why Millersburg would benefit from a fire station in town staffed by professionally trained emergency medical responders, which Albany firefighters are.

The town has been growing rapidly — 28 percent since the last census seven years ago. Hasson says 400 residential lots are under development, and every 100 lots yield about 250 more residents when they’re built on. So the growth is likely to continue, and that’s one of the reasons Millersburg officials have been looking how best to provide fire service in the future.

As cheek-by-jowl neighbors, Albany and Millersburg already cooperate on water and sewer service. One sign of that: Manhole covers in new Millersburg subdivisions say “City of Albany.” 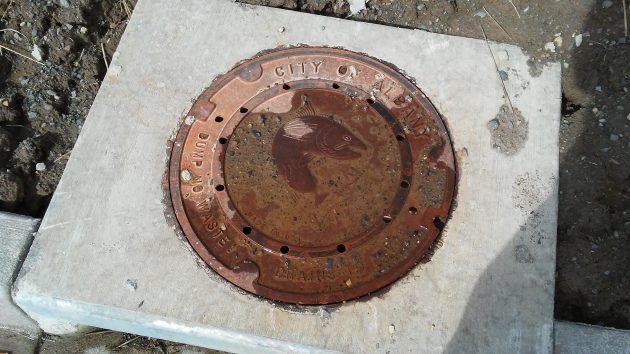 A manhole cover in one of the new Millersburg subdivisions being developed last spring.