Flap over a portable toilet: One question 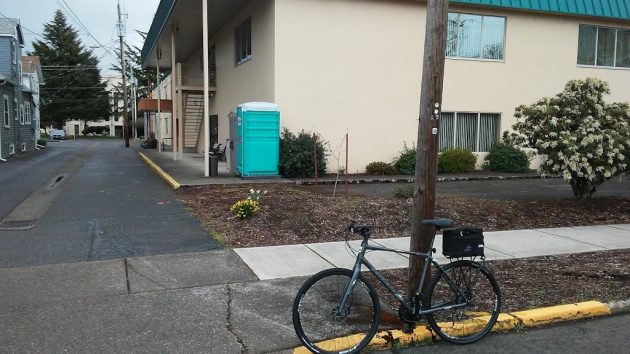 The toilet in back of the Washington Street side of the First Christian Church on March 23.

If Albany does not allow portable toilets except on a temporary basis, how come they are available year-round at some city parks? That’s one of the questions the city council may want to ask when the flap over one downtown outhouse comes before it next month.

Since last fall two churches, United Presbyterian and First Christian, have made available a portable toilet at First Christian as an after-hours service to homeless people. This was in response to problems around the building. There’s a community meal at First Christian on Tuesday evenings for people in need, and some of them stayed on the grounds overnight.

Police had noticed the toilet when they came a few times to roust the campers, and the city’s code compliance officer gave notice in November that it could not stay more than 90 days, until Feb. 14. The city manager denied the churches’ initial appeal because city codes don’t allow for long-term use of chemical toilets.

But the toilet is still there, and the churches now plan to bring their case to the council at a work session on April 8. In one letter in February they said, “We reiterate our intention to offer this service as an outgrowth of our faithful mandate to love our neighbors and community. We’ve had no vandalism, misuse, or complaints about the porta-potty. We ask only for permission to provide an essential service and to address an otherwise unmet need.”

The Democrat-Herald has covered the story from the start. As I’ve read the stories, I’ve been puzzled by the assertion that portable toilets are barred by the municipal code. If that’s the case, I’m wondering, what about the portable toilets at parks such as Gibson Hill, Simpson and Waverly, among others?

When I asked about this, the answer was: “The permanent portable toilets at city parks are placed there for people who use parks and city programs that take place in the parks.”

How is that fundamentally different from the situation at the First Christian Church — unless the implication is that the city can get around the municipal code but churches can’t? (hh) 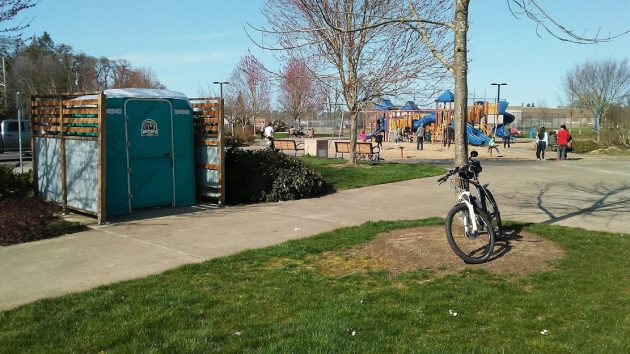 A permanent portable toilet at Kinder Park on March 24. 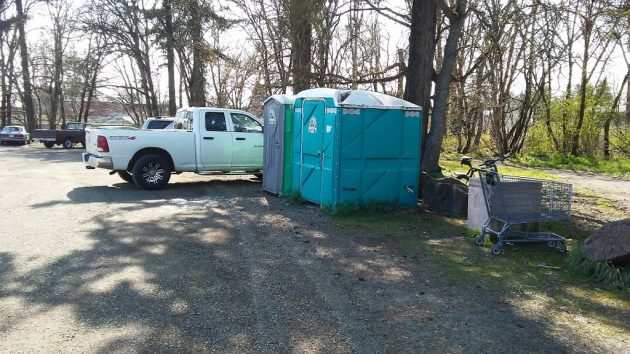 Here are the accommodations at Simpson Park near the Talking Water Gardens. 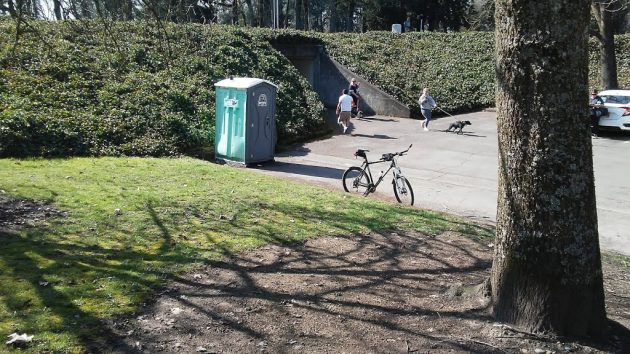 And at Waverly Park.

12 responses to “Flap over a portable toilet: One question”