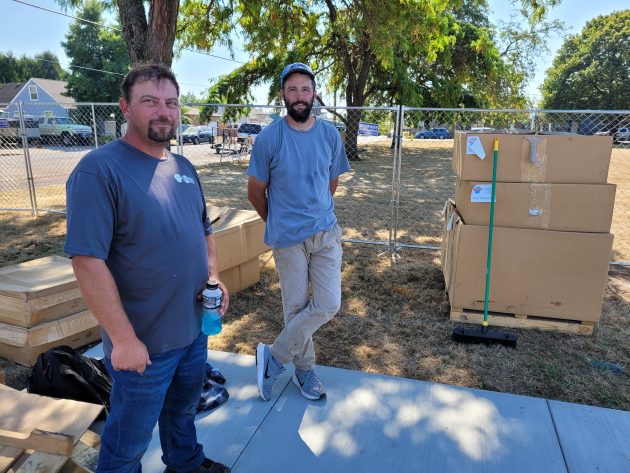 You’ve read here, most recently on Sept. 21, about the new fitness court at Burkhart Park in Albany. The city council authorized the parks department to buy the court in June, and now the equipment is being installed.

I met the installers today when I went past the park on a bike ride and stopped to chat with them.

Matthew Brown, of Ronan, MT, and Sean Schult, of Kansas City, MO, told me they travel around the country installing the equipment for National Fitness Campaign, the San Francisco-based firm that designed the open-air gym and sells it.

They expect to complete the Albany installation Wednesday. The parks department plans to hold an opening ceremony on Oct. 13. But unless the temporary fence around the site (at Fifth Avenue and Burkhart Street) remains in place until then, people may be able to try the equipment sooner.

Exercise routines possible on the devices range from basic and easy moves to strenuous ones of a type used in the military, according to Brown.

In a previous story about this $125,000 project, I had wondered how people would know exactly how to use each piece of equipment. The installers had the answer:

Near each piece, there will be a QR code. Users can point their phones at the codes, and instructions will pop up on their screens.

The Internet is full of videos showing fitness courts of this type being opened and used in public parks from coast to coast. Go find one of these videos and check it out so you’ll know what to expect. (hh) 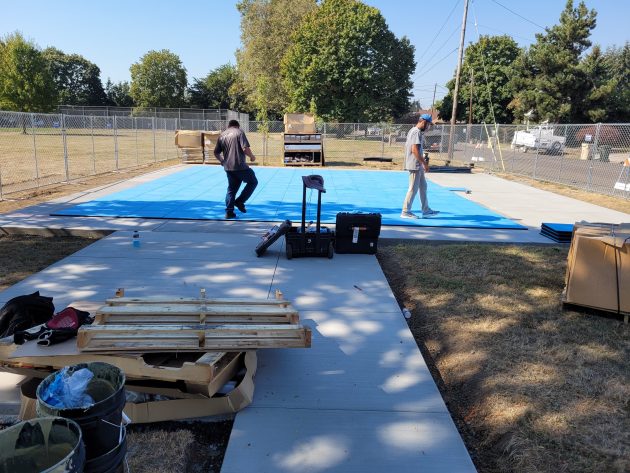 The blue base being glued to the concrete pad of the fitness court may look soft, but it’s not.