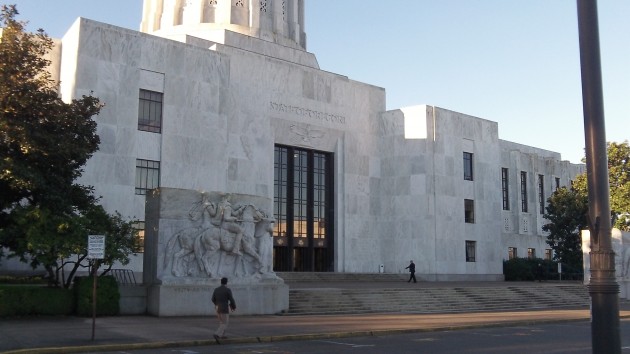 With SB 553, Salem is further limiting schools’ ability to suspend or expel children.

Oregon taxpayers might wonder what goes on in elementary schools based on a bill the legislature has just passed, and what will go on from now on. The bill is SB 553, and it prohibits the expulsion or out-of-school suspension of anyone in fifth grade or younger for any offense short of causing “serious physical harm” or posing a “serious threat” to health and safety of others in the school.

State law already limits when schools can kick a pupil out, and legislators were told that Oregon schools actually expel students at a rate slightly below the national average. But there’s been concern that minority students — Latinos, Native Americans and especially African-American children — are suspended or expelled at percentages that exceed their respective shares of enrollment. And of course, once children are excluded from school for misconduct, their chances of learning anything useful go down and the chance for further trouble goes up. So you can understand the motivation behind SB 553.

Still, is this bill really a good idea? Do our schools need any more legislative mandates as they try to keep order?

Among much other information, legislators heard the following comparison in favor of the bill: In the schools of New York City in 2011, suspensions numbered just under 14 per thousand students in kindergarten through 12th grade, while in Oregon there were almost 84. But are the public schools of New York City a good yardstick for the best methods of dealing with unruly children and older students? Do we want our schools to be more like New York’s?

SB 553 was sponsored by Sen. Sara Gelser of Corvallis, and it passed both the Senate and House by overwhelming margins. After all, nobody wants schools to kick children out for insufficient reasons. But what kind of conduct will teachers and fellow students have to put up with now that “serious physical harm” will be the standard? Telling a teacher off presumably will not qualify. Humiliating a woman teacher with an online photo would not be “physical” either, would it? And as for physical harm, giving a fellow student a black eye, would that be serious enough? Or does some burly fifth-grader have to break somebody’s arm to get kicked out of school for a while? (hh)