Explaining the fencing in front of West 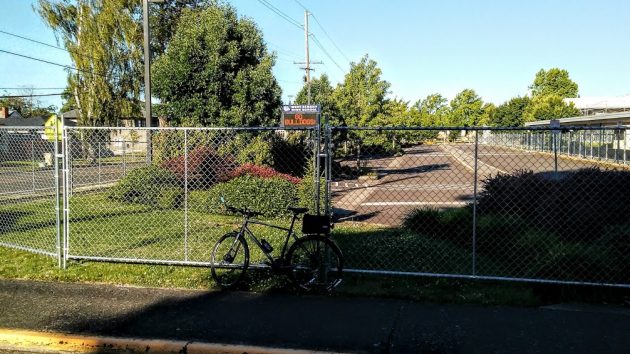 The north parking lot at West Albany High on the evening of June 22.

So why did they put up construction fencing around the parking lot in front of West Albany High School, a reader wanted to know. Well, you won’t be surprised to learn it’s because there’s about to be construction taking place.

Specifically, the parking lot is going to be reconfigured to provide more parking stalls. This is required to provide enough parking for the big additions to the school now being built, intended as phase one of replacing the whole school.

It is, of course, part of the $61 million project to expand West Albany on the west and south sides of the campus. The main elements are a new theater with more than 700 seats, an auxiliary gym, and a commons area for students, not to mention new instructional space and tennis courts to replace the ones taken up by the new buildings.

All of it, you’ll recall, is part of the $187 million remodeling and expansion program throughout the Greater Albany Public Schools made possible by voter approval of a $159 million bond issue in May 2017. (hh)


3 responses to “Explaining the fencing in front of West”