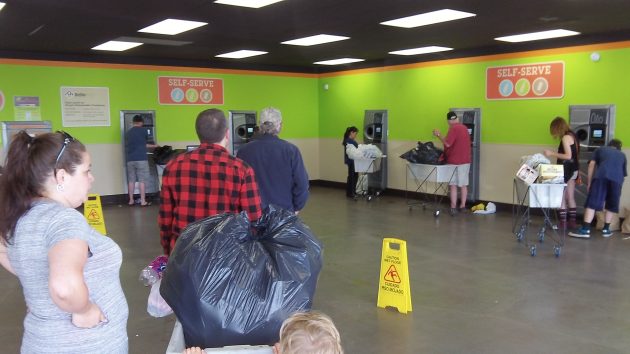 All the machines were is use at the Albany Bottle Drop Friday afternoon.

The place was busy, so there was a bit of a wait Friday for people returning their empties at the Albany redemption center run by the Oregon Beverage Recycling Cooperative. Chances are the waits will be more frequent and longer after next April, when the deposit under Oregon’s Bottle Bill doubles from a nickel to a dime.

The Oregon Liquor Control Commission announced the increase Friday. It was applying a state law passed in 2011 that says the deposit must go from 5 to 10 cents if the return rate for beverage containers falls below 80 percent for two years in a row.

In terms of returning bottles and cans for the deposit, we have been bad. Only 68.45 percent of containers were redeemed in 2014, and the following year the rate fell further still, to 64.45 percent. (How the state claims to know this so precisely, down to two decimal points, may be worth looking into, but not today.) Suffice it to say that as residents of Oregon, the state that pioneered mandatory deposits on beer and soft drink cans and bottles with the famous Bottle Bill in 1971, we have been found wanting. So now we’re going to pay.

Well, not just yet. The OLCC says the higher deposits will take effect April 1, 2017. The likely effect then will be that more people will collect their containers until they have enough to return them, rather than putting them out with the weekly recycling and forgoing the deposit. So the crowds feeding the machines at the redemption centers most likely will grow.

In Albany and several other cities, the recycling cooperative opened so-called “BottleDrop” redemption centers, which allowed retailers to quit having to mess with returns on their own. The few times I’ve visited the Albany center on Santiam Highway, it’s been pretty busy, On Friday three of four people were waiting in line with their plastic sacks full of empties.

To avoid waiting or even having to go inside, some of us have chosen the option of automated returns in specially coded bags issued by the center, but that may not appeal to everyone because you don’t immediately get back any cash. Also, the site says no more than two bags a day, which means the people with pickup loads of empties would be out of luck.

So, if the doubling of the deposit causes even longer waits and inconvenience at the redemption centers, as I think it will, the obvious answer is to open more of these centers. Or much bigger ones. Or, in Albany’s case, one that’s not on the busiest highway in town where making left turns into and out of the lot is risky if it’s possible at all. (hh) 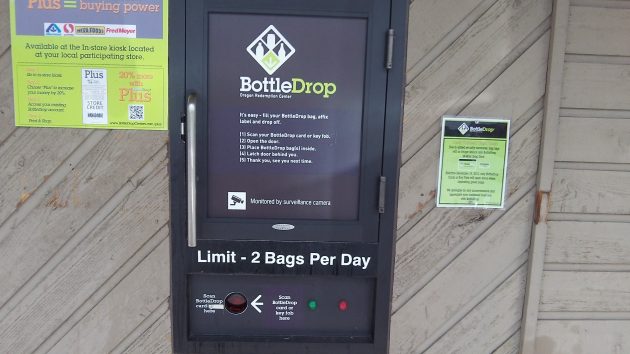 The two-bag-per-day limit is no good for people who have tons of empties to return.