Ex-postal annex has found new use 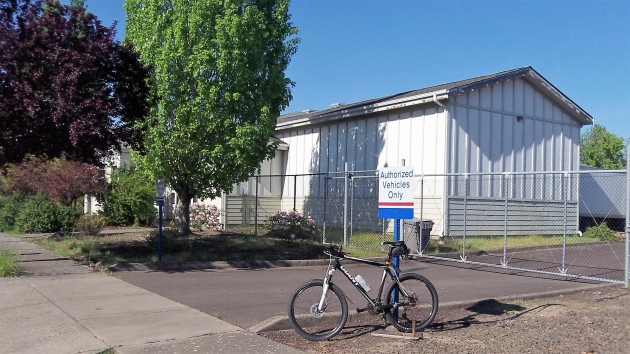 The signs outside 2995 Ferry St. still look kind of postal, but this building now has a different use.

For years the U.S. Postal Service paid about $10,000 a month in rent on an empty Albany building for which it no longer had a use, but those days now are gone.

The story hit the Albany Democrat-Herald in 2009, when the paper’s ace reporter Cathy Ingalls uncovered what seemed like an instance of wasteful spending by a postal service that kept losing money despite repeated jumps in the price of stamps.

What had happened was that in about 2000, the service signed a 20-year-lease on a building privately constructed for it in 1999 at 2995 Ferry St. For a short time, the sorting of outgoing mail was done there instead of at the increasingly cramped main Albany PO downtown. But then the service installed even better sorting machines in Salem, and all outgoing mail was handled there. The post office was unable to find anyone to sublease the Ferry Street building, so it had to keep paying about $10,000 a month in rent for space it did not need.

The story was more or less forgotten after the paper reported it in 2009. But just the other day, a business owner on Ferry Street asked me if I knew what happened because the building seemed to be occupied again. I stopped by on the weekend, when the gates were locked. No signs outside give any clue what goes on inside. So I went back on Monday.

As it turns out, since February the building has been occupied by programs of the Community Services Consortium, a social service agency with headquarters downtown. One half of it houses a weatherization program that helps low-income people fix up their homes in order to save energy and lower their utility bills. The other half holds a youth workforce education program, which does what the name implies. When I stepped inside, what looked like a training session involving a handful of young people was going on.

Outside, signs still bear the postal colors of red, white and blue. And there’s a drop box for mail on the curb. But as reminders of  the building’s life as an unused postal annex, those are the only ones. (hh) 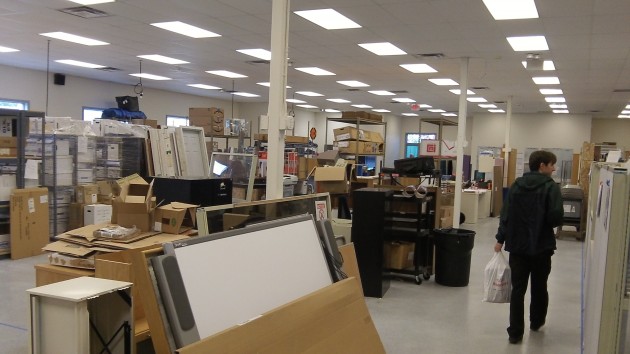 Inside the spacious former mail-handling facility.


6 responses to “Ex-postal annex has found new use”