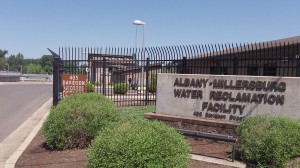 In Albany, customers of the city wastewater system face projected rate jumps for sewer service totaling some 57 percent over the next five years. That’s way above inflation. What’s going on here? What accounts for this huge jump in the price of a very basic public service? Several things, actually.

For one thing, parts of the sewer system are many decades old and need to be replaced. The pipes are leaking, meaning rain water gets in, which sometimes causes the system to overflow in places. Secondly, some of the big pipes, the so-called interceptors, are not big enough. The engineering staff says there’s a problem with capacity of the system, especially that which carries wastewater from the big growth area east of I-5.

But in addition, and mainly, the city was required by state anti-pollution mandates and the growth of the city to expand and rebuild its wastewater treatment plant on the Willamette River. Albany still owes about $60 million that it borrowed from the state for that project, and the debt payment alone is $5.3 million next budget year. The city hopes to refinance the sewer debt, but as of now the payments will continue through 2032.

Makes you wish the city had built a much bigger and better system many years ago, when prices were less. (hh)

Ted Salmons responded on May 13:  There you go. Expecting the same quality of city managers and others that are now looking to refinance existing debt (read borrow yourself out of debt) to have the foresight to have planned well enough for expansion.  At what point should these same managers have told developers “Sorry, you can’t build xxxxxxx; our sewer system is at capacity.  Come back after we’ve repaired and expanded.”