Entertained by the bird life outside 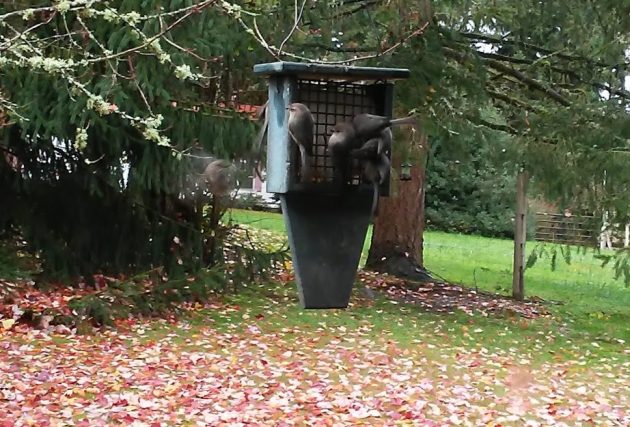 These little guys come by every once in a while. They gang up on the feeder outside my study window, as though to entertain me with their twittering ways. But really just to get a quick bite.

They are, if you’ll forgive my language, bushtits. That’s what it says in the three guides I consulted on birds of the Northwest and the Willamette Valley.

The bird books tell me what I already know from watching these little fellows. They are tiny, with long tails. They travel in groups of 20 or 30 or more. And they are on the move all the time.

According to “Familiar Birds,” put out in 1981 by the Portland Audubon Society, bushtits feed mostly on insects. They also come to suet feeders but don’t stay long, which explains why I didn’t have time to dig out a better camera for a clearer shot.

As for the origin of the name that English speakers have bestowed on this little bird, Webster’s Encyclopedic Unabridged Dictionary (1996, Gramercy Books) doesn’t give much of a clue except to suggest that tit refers to any small bird and, in archaic usage, any small animal.

I count myself lucky that wildlife often animates the daytime view from my desk — lucky especially when I don’t want to deal with the dismal Covid news or anything else that’s important or deep. (hh) 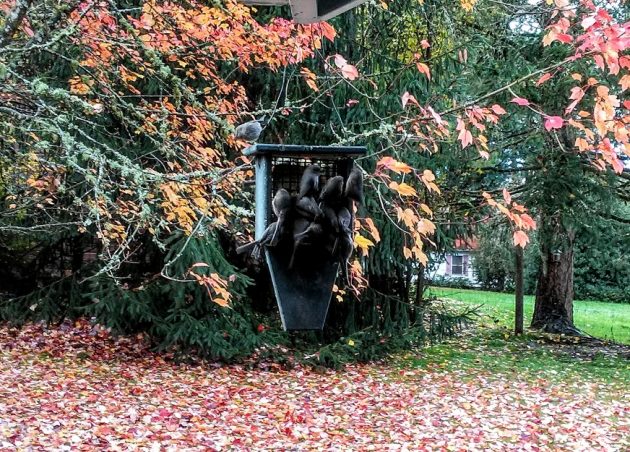 The crowd was a little bigger about a few days before the shot on top.


5 responses to “Entertained by the bird life outside”