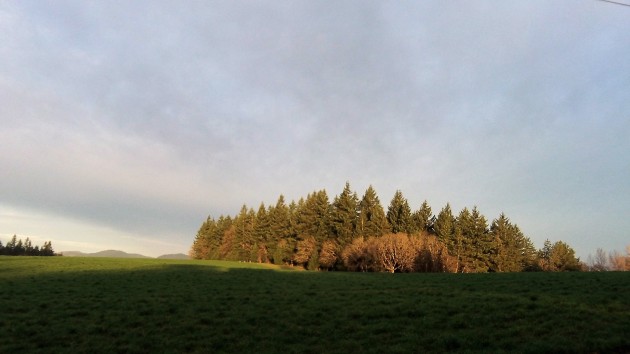 Weeks before the time change, a sunny morning on the edge of North Albany.

One day into another round of daylight saving time, we might as well admit it: As pointless and destructive as this ritual is in the modern age, we are not going to get rid of it because most people don’t care.

The time change in the summer is supposed to save energy, which it doesn’t. So it’s a dumb move.

At the same time it messes with the daily rhythm of life, leading to illness, accidents and even deaths. So it is not just dumb but harmful.

But efforts to end this ritual have fallen on deaf ears. State Sen. Kim Thatcher, R-Keizer, introduced a bill last year to end daylight saving time in Oregon in a few years if the voters agreed. Her bill died in committee. An Oregon initiative petition is going nowhere.

Various proposals to end daylight saving time are circulating in California and other states, and there are signature campaigns on Twitter and other social media.

But reform is unlikely. Ours is an apathetic society. So people are sleepy for the next few days. So a tiny percentage of them will come to some kind of harm. Who cares — especially now that digital devices of all kinds take care of the clock changing on their own.

And anyway, most of us like the idea of having more summertime daylight in the evening when we can use it for recreation and fun.

The smart thing would be to turn the clocks forward an hour year-round. But we’re not that smart. (hh)