Education chief for one year 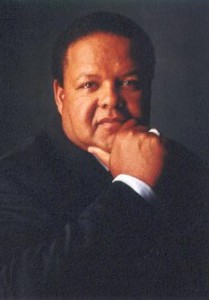 After about a year on his $280,000-a-year job, Rudy Crew is leaving to become a college president in New York City.

Last year Governor Kitzhaber hired him as Oregon’s first chief education officer to oversee what the governor and others see as a program to improve public education from kindergarten through graduate school. He signed a three-year contract, but he’s not been able to carry through any of the reforms he proposed.

Even when it was announced he was looking at the New York job, he was quoted that he really didn’t seek it. Well, if you don’t seek a job, why submit your name?

Crew has worked in education for 30 years. He’s been a teacher and administrator and an education professor. He’s been the head of big-city school systems in New York and Miami. He’s also worked in Boston, Sacramento, some smaller California districts, and in Tacoma. And he’s written a book on school reform.

One gets the impression that his main occupation has always been to look to his next job. And as for education improvement, any good teacher in Oregon schools has done more for that cause during the past year than Mr. Crew. Maybe next time Governor Kitzhaber and his selection committee hire somebody to try to improve Oregon’s education system, they’ll find somebody more committed to working for this state. (hh)

From Shelly Garrett:  I think your observations are right on target.

From Tom Cordier: The education game is profitable to those who know how to play the game. Big bucks–no results is common. Even in Albany; read today’s ADH. (The paper reported on pay raises for teachers and administrators.)