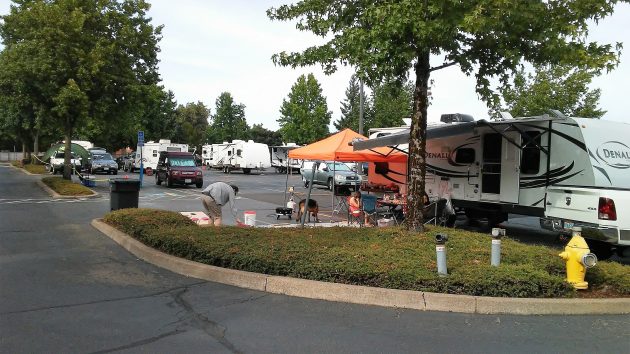 Campers in back of the former Sears store at Albany’s Heritage Mall on Sunday evening.

On the eve of the total solar eclipse, where was the massive influx of many thousands of tourists that some had predicted for the Albany area? Maybe those thousands were around somewhere, but I didn’t see them.

It’s true that on Sunday afternoon, downtown Albany was much busier than usual on a Sunday, or any day really. But I could not tell how much of that was due to eclipse tourism or the first weekend of the Albany Carousel being open. (The carousel wasn’t open all that long. When I rode past there after 3 p.m., people were standing outside gazing at signs on the glass of the closed doors saying something like “We close at 3 today.”)

On Bryant Drive, a farm field was filling up with campers on Saturday, but there was lots of space for many more.

Heritage Mall in Albany had advertised camping spaces in its parking lot. At about 5 on Sunday afternoon, I counted 13 actual camp trailers or RVs that had been set up there. Other visitors presumably were planning to spend the night in their vehicles. (I saw a foot sticking out of the back of an SUV, its owner having stretched out and perhaps taking a nap.)

A band was playing in the parking lot on the other side of the old Sears store. From what I could see, the audience was appreciative but sparse.

In Albany, traffic has not been unusual in the run-up to the celestial spectacle, at least not on the roads on which I drove or rode my bike. There was no sign of the gridlock for which authorities had asked us to be prepared.

Let us hope the weather doesn’t prevent eclipse viewing on Monday morning. It would be nice if the only thing that fizzled about this event was the warnings about various forms of doom. (hh) 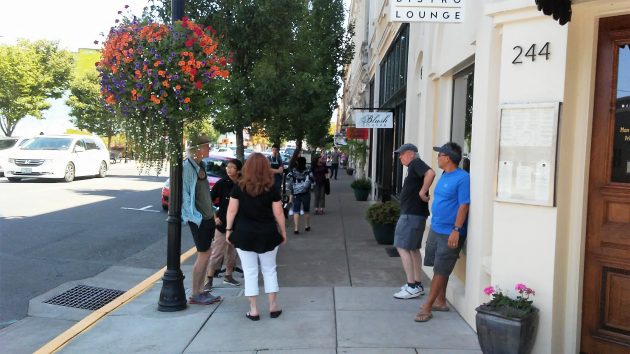 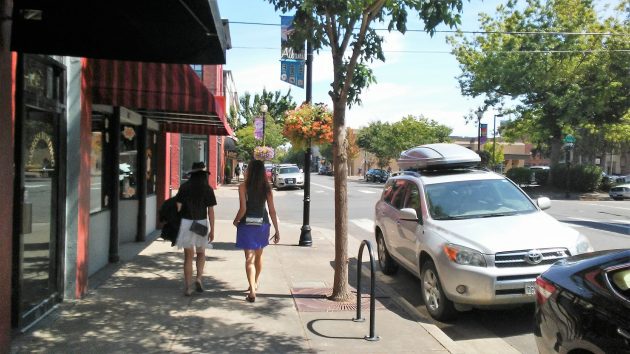 Strolling on First Avenue the day before the total solar eclipse. 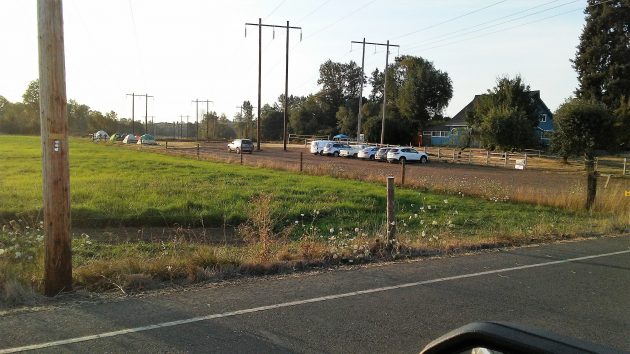 On Saturday, still plenty of room for more campers in this field off Bryant Drive.