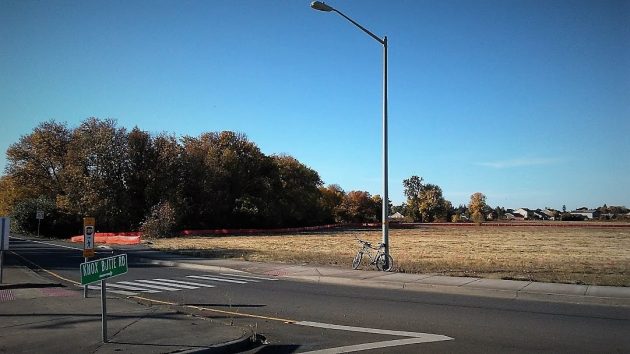 Hundreds of people will leave in what now is this empty field northwest of the Knox Butte/Timber Ridge roundabout.

Housing and more housing — that’s the story of the area near Timber Ridge School in the East Albany Neighborhood.

An erosion control barrier has gone up around part of a 23-acre site northwest of the roundabout on Knox Butte Road at Timber Ridge. Last May, the city planning division approved a site plan there for an apartment complex of more than 130 units. (The paperwork variously lists 132, 135 and 137 units.)

Timber Ridge Place is the name of the apartment complex. It will have a pool, among other things, according to the plans.

It’s not the only development being undertaken in the vicinity of Timber Ridge School and the new Meadow Ridge elementary school now under construction. (The East Albany Neighborhood is all of Albany east of I-5.)

At about the same time, plans were approved for a 32-lot subdivision across Timber Ridge Street from the schools, south of Somerset.

Construction has been under way for some time of another subdivision just north of the Meadow Ridge School site.

Much of the land near the schools had been owned by the city and was sold to developers over the last couple of years. Proceeds of the sales went into the city’s Pepsi Settlement fund, which had funded the development of  Timber Ridge Street so the schools could be built. (hh) 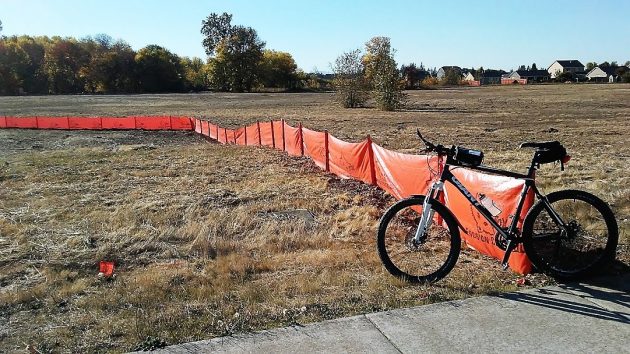 Why an erosion control barrier on a flat site without streams? Just wondering. 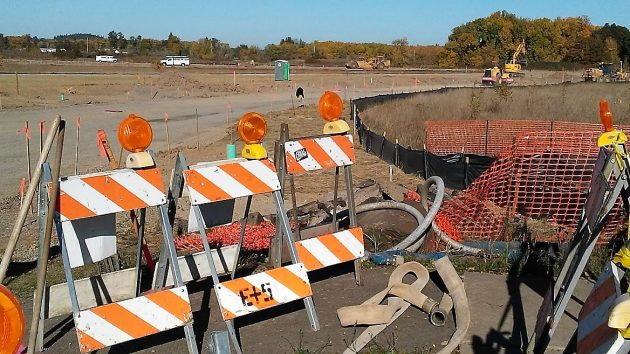