E.E. Wilson: Go for the berries 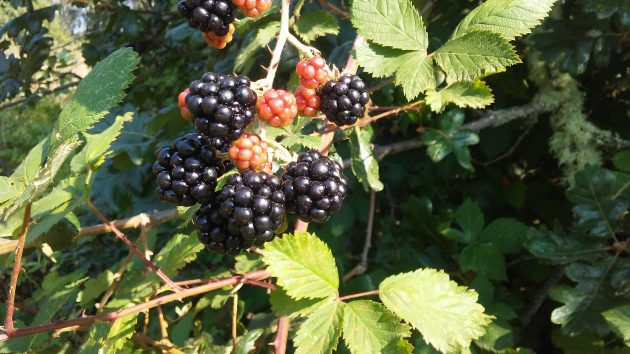 This time of year, blackberries are the best reason for visiting the E.E. Wilson Wildlife Area in Benton County. Which is why I rode the bike there this week.

As far as I could tell, the 1,700-acre area five miles northwest of downtown Albany was deserted on Tuesday afternoon. It is never crowded, but it’s unusual not to see another human being in this expanse of woodlands, brush, meadows, ponds, trails, and blacktopped roads left over from the days of Camp Adair during World War II.

The area is managed by the Oregon Department of Fish and Wildlife. About once a year or so, they clear some of the roadways of encroaching brambles. The machines they use strew thorny vines and twigs all over the place, something to keep in mind when you go through there on a bike. You better make sure you have spare tubes and a pump that works.

A notice at the entrance says the little fishing lake on the north side of the area was being drained for repairs and not to expect it to fill again before the winter rains. Maybe that accounts for the lack of anglers or anybody else.

But there are things to see, such as: 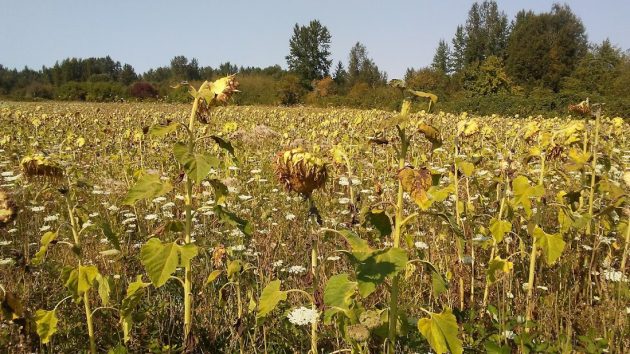 A huge field of sunflowers. 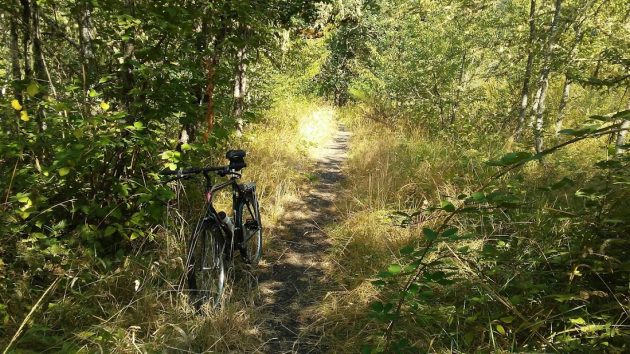 A bit of single-track. 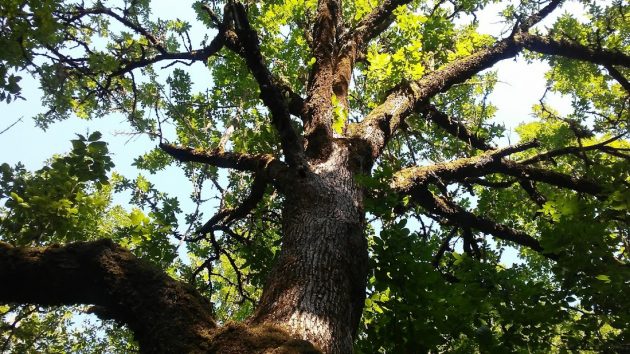 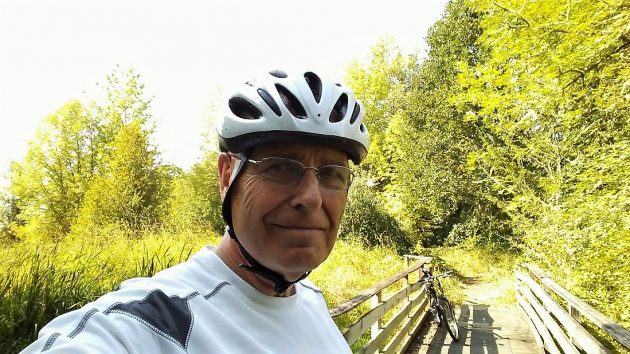 A lone bike rider on a footbridge. 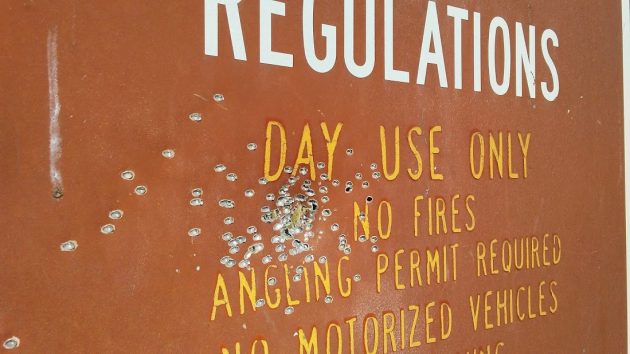 And, sadly, the damage done by the same stupid people who cause trouble and expense wherever they go.