Due on 34: Protection from bad driving 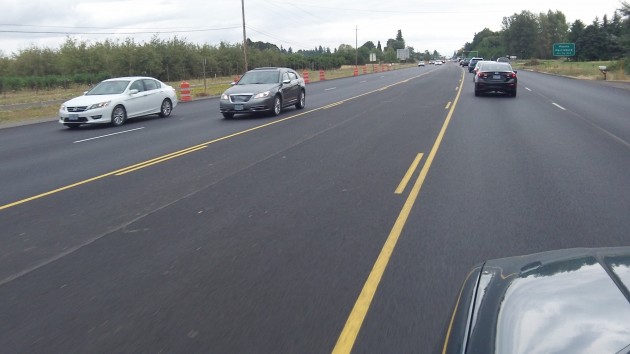 Median barriers and rumble strips are being considered for segments of Oregon 34 in Linn County.

Careless drivers and their potential victims will likely get some help in avoiding crashes on the notorious Highway 34 next year, especially between Corvallis and I-5.

The 2015 legislatture authorized $35 million for safety improvements on Oregon 34 and five other highways around the state. And on Aug. 21 in La Grande, the Oregon Transportation Commission will follow up by including the projects in the 2015-2018 Statewide Transportation Improvement Program or STIP.

Lawmakers allocated $3 million for Highway 34, which has a long history of high-speed head-on crashes, among other accidents. The legislature and ODOT hope tro do something about this. “The actual project is still being scoped, or planned,” says ODOT spokesman Rick Little. “But here’s what we’re hoping to accomplish:”

♦ Prioritize installing cable median barrier between Oakville Road and OR 99E interchange with centerline rumble strips on either side of the barrier, where feasible.

♦ Prioritize concrete barrier between Looney Lane and Olsen Road if cable barrier is not feasible.

♦ Coordinate with (Linn) county’s plan to install a signal at 7 Mile Lane.

♦ Install a traffic separator at Columbus Road and make Columbus a right-in and right-out-only to addresses crashes there.

That’s Little’s list. The project description before the state commission calls for construction in 2016. More power to them if they can get all that planned and then built next year. (hh)


9 responses to “Due on 34: Protection from bad driving”