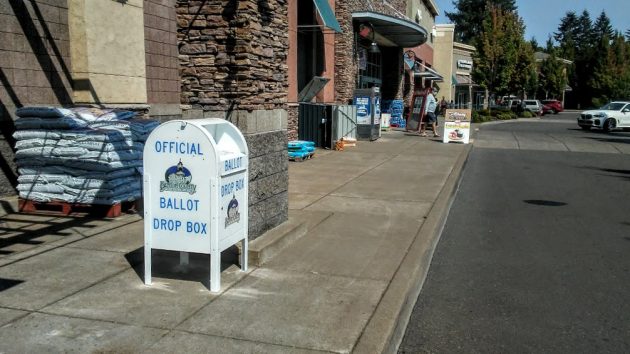 In case it matters, and maybe it does in local politics, Democrats have a slight edge in Albany registrations over Republicans. But both major parties are running behind the number of Albany voters signed up as nonaffiliated.

According to the latest available totals, Albany had 11,973 voters registered as Democrats, 11,635 as Republicans, and 13,186 as nonaffiliated. (You might remember that nonaffiliated in Oregon is not the same as “Independent,” which is an official party and had 1,661 members in Albany.)

The Albany city numbers reported here combine totals from Linn and Benton counties. The Linn numbers were current as of Thursday, while Benton’s registration totals were last updated on Oct. 12. (I got the Linn stats from the county clerk’s office; Benton publishes registration totals online.)

What about the three council wards in the city?

Part of Ward 1 is North Albany, in Benton County, and there the Republican registrations are in the lead with 2,365, followed by the Democrats with 2,244 and the nonaffiliated in third place with 1,780.

In the Linn section of Ward 1, including downtown and the Monteith and Hackleman historic districts, Democrats and non-affiliated voters are virtually tied, 2,450 to 2,499, with Republicans trailing with 1,830.

Ward 2 comprises the south-central part of town plus neighborhoods near LBCC. There, nonaffiliated voters are the most numerous with 4,192, trailed by 2,972 Democrats and 2,838 Republicans.

The nonaffiliated also lead in Ward 3, lying mostly east of Geary Street and Pacific Boulevard, with 4,719. But this is the only Albany ward where Republicans outnumber Democrats, 4,603 to 4,307.

Candidates for city offices run as nonpartisans, so an edge in party registrations means less than voters’ knowledge or perception of candidates’ personalities or other qualities.

In its political makeup, by the way, Albany as the county seat differs sharply from Linn County as a whole. Countywide, registered Republicans maintain the strong lead they have had over Democrats for the last two or three decades.

In this, Linn could not be more different from Benton County if it tried.

Benton County reports a registration total of 60,504. Democrats dominate with 26,858 registrations. The nonaffiliated number 16,908, and the Republicans come in third with 13,019.

Enough with the numbers. People often say they vote for the candidate, not the party. Maybe they do, and maybe they don’t. (hh) 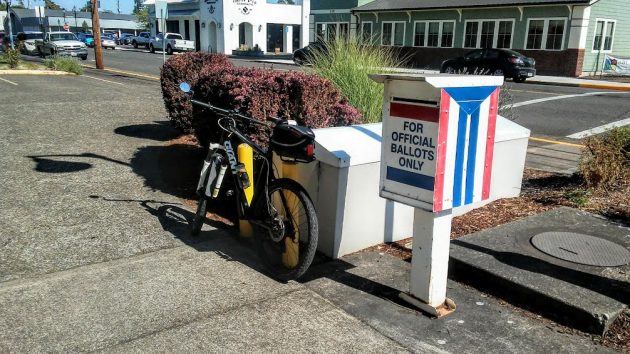 The ballot box outside the 5th Avenue side of the Linn County Courthouse.