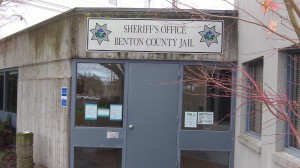 The day after Christmas, a Benton County deputy pulled over a 22-year-old man in the town of Monroe, in southern Benton County. The sheriff ‘s log says the deputy cited the driver for having neither a driver’s license nor insurance. And while he was at it, he also gave him a citation for “unlawful possession of marijuana within 1,000 feet of a school.”

This, keep in mind, was around 7 p.m. on December 26. The school in question was just a building. Nobody was in it, at least no children. The students were on vacation and would not return till after the first of the year. The law might as well prohibit drug possession within 1,000 yards of convenience stores. That would make about as much sense, maybe more.

We’ve had this law for many years. But why exactly? In order to enhance the penalties when we catch people with illegal drugs, even marijuana, that’s why. But what is the rationale? To protect children? School children are at no greater risk of anything if someone living 995 feet away has dope in his basement. They are at risk even less from someone driving by on the street outside, regardless of what’s in the car, unless it’s an unstable bomb that may go off at any time.

None of us wants to encourage drug use, especially among children in school. But our criminal laws ought to make some kind of logical sense. They ought to outlaw only those things that do some actual harm or represent real threats.

I’ve written about this law before, to absolutely no avail. I have no hope this time either, no expectation that our legislators will do something about this nonsensical provision regarding a thousand feet from a school. If making sense were a big requirement for the laws they pass, legislative sessions would be over a couple of weeks after they start. (hh)