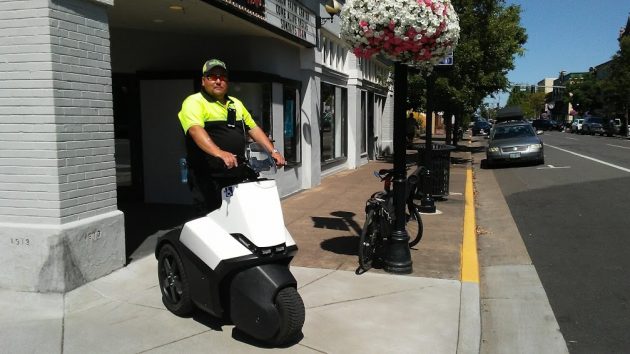 Anybody hoping that Albany’s parking consultant would recommend building a downtown parking structure will be disappointed. Rick Williams, the consultant, recommends only “moderate upgrades” in the parking sytem because he found it to be working well.

The city, through the Albany Revitalization Area, hired Rick Williams Consulting in January for no more than $42,803 to study downtown parking and make recommendations. Williams has produced a draft of his report, and the advisory board of the Central Albany Revitalization Area, the downtown urban renewal district, set aside half an hour next Wednesday to discuss it.

In April and May, Williams and his data gatherers collected information on the use of both on- and off-street parking stalls, including privately owned lots, on weekdays and Saturdays.

“At present,” he concludes in his draft, “the city’sparking system is operating at a low level of use, in both the on- and off-street systems. As such, the data would suggest that there are plenty of opportunities for users to park within close proximity to any destination in the downtown.”

He adds: “The low level of use suggests that major changes to the system are not urgent as conflicts between users are likely minimal. Further supporting this assumption is data that shows high compliance by users of timed parking stalls.”

Williams has seven recommendations for what he calls “moderate upgrades.” These include updating the technology used by the ParkWise program of the Albany Downtown Association, which contracts with the city for parking enforcement downtown.

He recommends that the city promote “alternative modes and encourage reductions in drive-alone employee trips.” If more downtown employees commuted by bike, for example, more parking stalls would be available for customers.

The findings should be no surprise to city officials. Some time ago, informal surveys also showed that contrary to public perception, downtown parking was not a big problem. That’s a conclusion that this study confirms. (hh)