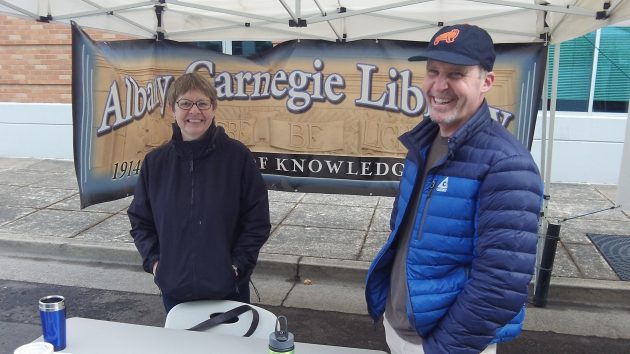 Good news for book readers, especially those living in West and North Albany and near downtown. For the first time in a long time, the downtown branch of the Albany Public Library will be open Saturdays this summer, starting June 25.

I learned about this Saturday at the farmers’ market, where Rosemary Bennett and Mark Spence of the Albany Public Library Foundation had a table and were handing out — what else? — bookmarks.

The main Albany library on 14th Avenue S.E is open part of every day, but the so-called Carnegie Library downtown in recent years has been closed Saturdays and Sundays. Now, until around Labor Day, the downtown branch at 302 Ferry St. S.W. will be open to the public its usual hours (10 to 6 Monday through Friday) plus from 10 to 2 on Saturdays.

This, the bookmarks told anyone troubling to read them, is being “made possible through funding from the Albany Public Library Foundation.” Spence says the new hours are the foundation’s way of supporting efforts to have more people visiting and spending time downtown. As the bookmarks also pointed out, people might want to combine stops at the Saturday farmers’ market and the library just a couple of blocks away.

The downtown branch marked its 100th year in 2014. It’s named for steel magnate Andrew Carnegie, whose donations made possible public libraries all over the country. He gave Albany $12,500, which was matched by local contributions. Today the library offers books, of course, about 23,000 of them, including an ample supply of mysteries and thrillers, but also computer terminals, magazines, a few newspapers, and all kinds resources for research including Albany city directories going back nearly 100 years.

And for residents of the parts of town I mentioned in the lead, it’s a lot easier and faster to get to than the main branch in the south Albany center of shopping and increasingly heavy traffic. So at least this summer, finding yourself without something decent to read at the start of a weekend will be a problem that’s easy to fix. (hh) 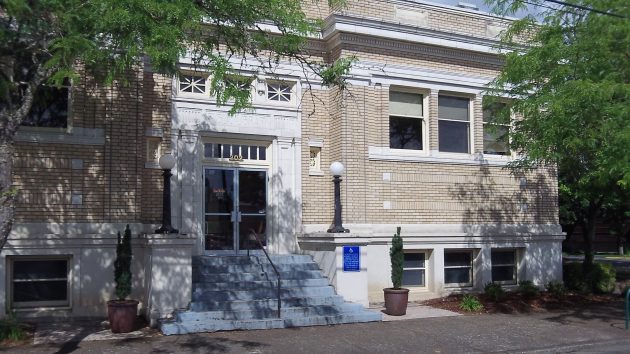 The downtown library was closed this Saturday, as usual but this will change next weekend.