Downtown dig: Getting through it 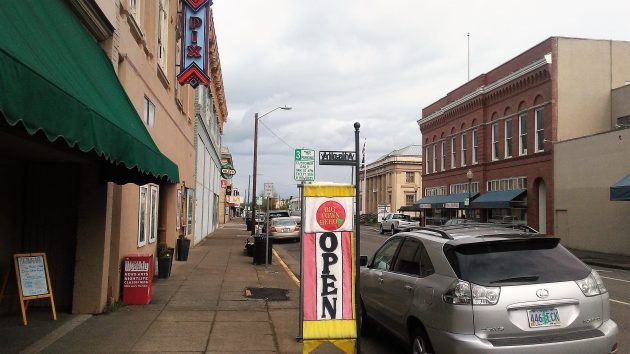 This section of Second Avenue is one of the streets to be rebuilt.

Sections of six downtown Albany streets will be torn up and rebuilt this summer, and businesses are worried. But the contractor will be required to avoid or minimize any disruptions of traffic or special events.

The Novak family, running the popular Hungarian restaurant under the family name on Second Avenue, expressed concern in an email. “We are a business that relies heavily on foot traffic and access to parking, and if those things are severely limited we will be in trouble,” they wrote.

The city opened bids for the downtown “streetscape” project funded by the CARA urban renewal program on May 2. Emery & Sons of Salem, the company that rebuilt North Albany Road in 2015, was the lowest of three bidders at $7,988,501. The other bidders were Wildish at about $8.7 million and Pacific Excavation at about $9.8 million.

The city council is expected to award the contract to Emery on May 10. A public open house to go over the project will be held from 4 to 7 p.m. May 18 at City Hall. The street work will start in June and must be finished by Dec. 1, according to the city’s specifications.

The streets to be rebuilt — variously including pavement, sidewalks, utilities, lighting, landscaping and so forth — are Second Avenue from Washington to Lyon, Third from Ferry to Lyon, Broadalbin from Water to First and from Second to Third, and Lyon and Ellsworth from First to Ninth. A water line will be replaced on Calapooia between Fifth and Sixth. The contract calls for 217 street trees to be planted (mainly Corinthian linden, columnar zelcova and pink flair cherry).

The city compiled a list of summertime dates — farmer’s markets, concerts, sidewalk sales, the Aug. 21 solar eclipse, and so forth — and specified that no work be done in areas where events are taking place. There are other conditions to insure that traffic can always get through and businesses can be reached.

On Second and Third Avenues, only one block is to be constructed at a time, and work on the next block can’t start until the previous one is done. The contractor has 14 days to complete each block. But for each day less than that, the contractor earns a $5,000 bonus. For each day longer than 14 days, there’s a $2,500 penalty.

Throughout, the city hopes to stay in close touch with affected businesses and the public. “We plan to have a robust outreach program similar to what was in place during construction of North Albany Road,” City Engineer Staci Belcastro says. In fact, she adds, Lindsay Austin, who managed the North Albany project, will also manage this one. (hh)

The story has been edited to fix a mistake in the date of the open house. It’s May 18, not the 28th. 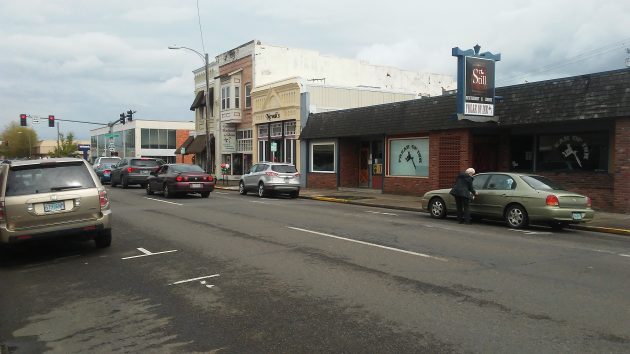 The city says businesses such as these on Second must be able to be reached during construction.


12 responses to “Downtown dig: Getting through it”