Downtown commotion: Man in a tree 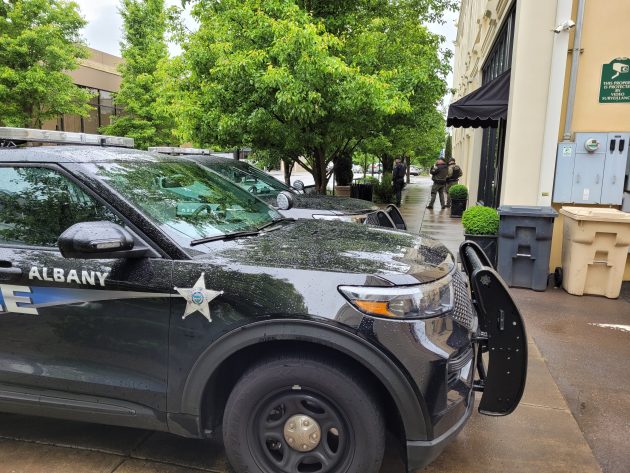 Downtown Albany was partially blocked this morning (June 4) while law enforcement officers and firefighters watched a man up in a tree at the corner of First Avenue and Broadalbin Street.

The man had made a scene in some of the downtown shops for a couple of days, according to one bystander. This morning he somehow climbed to the top of the street corner tree.

When I checked the scene a little before noon, he appeared to be half naked and was yelling or singing, shaking the branches he was hanging on to. The ground below was littered with leaves.

The authorities responded in force. I counted at least seven Albany police and Linn County sheriff’s vehicles, as well as an Albany Fire Fire Department ambulance and truck.

Firefighters at one point got a ladder up to where the man was perched but had no luck getting him down. “He declined to accompany us,” one firefighter said.

At this writing I don’t know if or when, or how, the man got down from his perch, or what happened to him then. (hh)

Postscript: Eventually the man climbed down, was contacted by officers and taken in for treatment. Nobody got hurt. 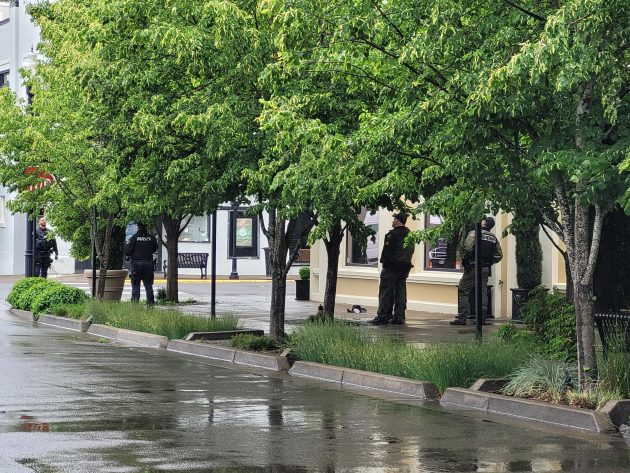 Officers stand near the tree where the man was perched.


12 responses to “Downtown commotion: Man in a tree”