Doubling up on valley trains — but when? 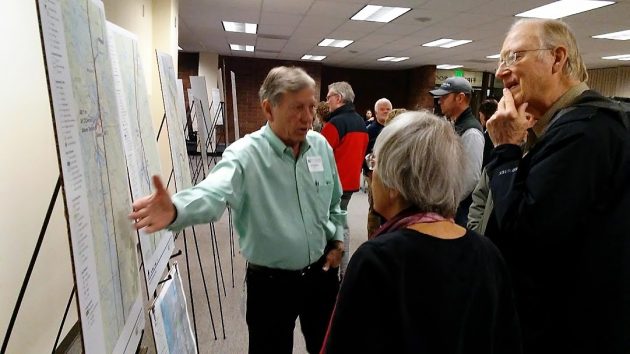 Planners for Oregon Passenger Rail are aiming to double the number of round trips up and down the Willamette Valley, from three to six. That’s one of the details I was reminded of at an open house on the project Tuesday night.

Another was about the timing of this project, which is to improve passenger rail service between Eugene and Portland, via Albany, Salem and Oregon City. The timing depends on a lot of imponderables, but the planners are talking about 2035.

It will depend largely on whether, and when, the Feds give Oregon the money it will take to carry out the contemplated improvements.

The draft environmental impact statement that was the subject of Tuesday’s Albany hearing compares two alternative routes. One follows the route the Amtrak Cascades trains and the Coast Starlight take now, on the Union Pacific main line. The other more or less follows Interstate 5.

The freeway route allows for faster trains but would cost an estimated four times as much in capital costs, up to around $4 billion compared to about $1 billion for the existing route.

State rail planner Bob Melbo, an Albany resident, said while the second alternative would follow the freeway, the track would not be built in the median between the north and southbound lanes. ODOT is reserving that space for additional travel lanes.  So the track would have to be laid somewhere alongside the freeway.

It’s probably a moot point, though, because a steering committee of Willamette Valley leaders, including Albany Mayor Sharon Konopa, has recommended that Alternative 1, the existing route, be adopted.

Not many people showed up at the Albany hearing, at LBCC. I counted a dozen, and they were outnumbered by at least 14 people representing ODOT.

Konopa reminded me that planning on this project started in December 2011. Whether improvements to Willamettte Valley intercity passenger rail will ever be made is still uncertain. What is certain is that it won’t happen any time soon. (hh) 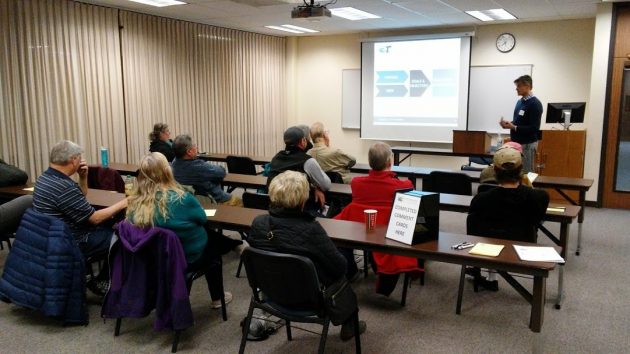 The audience at ODOT’s Albany hearing on the Oregon Passenger Rail draft EIS.


5 responses to “Doubling up on valley trains — but when?”