Don’t mind the signs, but … 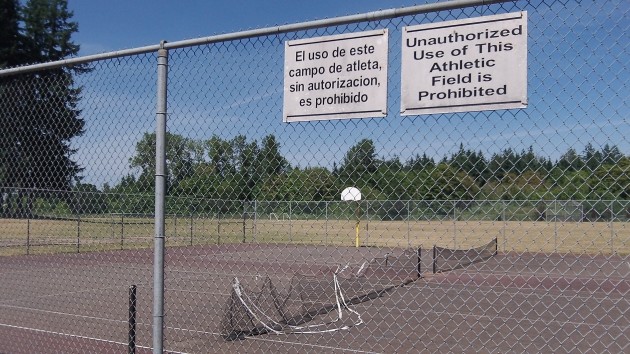 The tennis courts at North Albany Middle School don’t seem to get much use, at least not when school is not in session, and you can see why. If the signs don’t keep people away, the condition of the nets probably does.

The signs should not be taken too literally, though. Jane Evans, the principal at NAMS, says members of the public can certainly use the courts as they use the track and playing fields when they’re not in use by the school. What the signs mean, she told me, is that people need to get authorization if they want to hold organized events such as classes there.

During the school year, the NAMS tennis courts do get use by P.E. classes, the principal says. School let out for the summer last week, so perhaps the damage is the result of vandalism since.

The running tracks and playing fields of public schools have always been a great place for the public to get some exercise outside of school hours. For public health and fitness and for other reasons, it would be nice if the public used those facilities more and — in this case, at least — treated them with more respect. (hh) 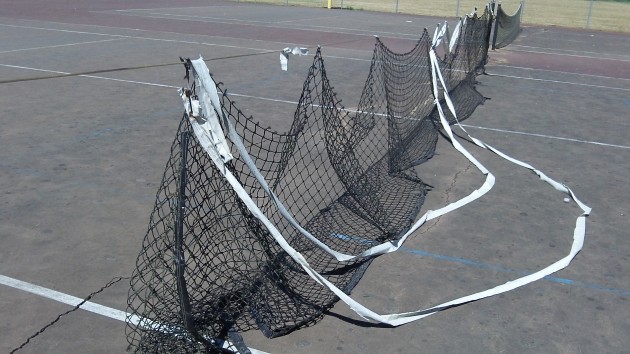