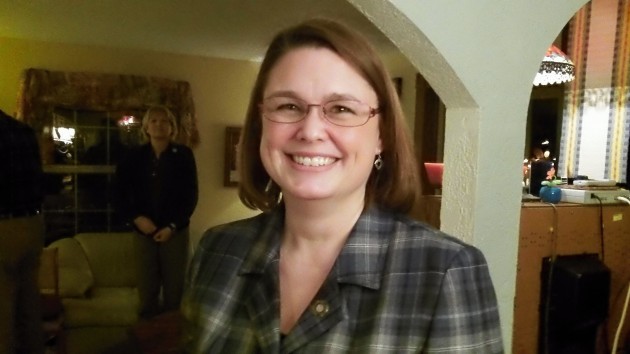 As far as campaign money is concerned, the contest for state Senate in District 8 (Albany and Corvallis) is a fairly lop-sided affair. Democrat Sara Gelser of Corvallis, a state representative hoping to move to the Senate, has raised almost twice as much in cash contributions for her campaign as Republican Sen. Betsy Close of Albany has for hers.

Sen. Betsy Close, in a photo from her website.

Close is a former state representative who was appointed to the Senate for District 8 in the fall of 2012 to complete the Senate term of Frank Morse, who resigned.

As of Friday, campaign finance reports available online show that Gelser raised about $61,000 in cash compared to about $33,400 for Close. Taking into account beginning balances minus expenses and bills yet to be paid, Gelser’s campaign had about $73,400 on hand, and Close had about $57,600.

Much of Gelser’s cash came from traditional donors to Democratic candidates, including $12,000 total from the national and state firefighters’ unions, $2,500 from the American Federation of Teachers, and $1,000 from the United Food and Commercial Workers. The Oregon Trial Lawyers gave her $5,000. She also received $20,000– half last September and the other half in April — from her parents, John and JoAnn Acres of Corvallis. (According to the filing, her dad is president of a company working for the gaming industry in Las Vegas, where Gelser was born.)

Close’s campaign got much of its financial support from a timber industry family in the Santiam Canyon. Frank Timber Resources and Dennis Frank, a lumber mill owner in Mill City, gave her $10,000 each, and James Frank of Stayton contributed $2,000.

Close also received $10,000 from the Oregon Firearms Federation, underscoring the significance the outcome of this election may have on gun legislation next session. Attempts to tighten gun restrictions failed in the last two sessions because the Senate was one vote short of passing them. All 14 Republicans including Close and one Democrat were against them. If Gelser replaces Close in Senate Disrict 8 and other seats stay the same, similar legislation would likely get through the legislature in 2015. (hh)

♦ You can look up the details on campaign finances yourself at the “Orestar” website maintained by the state Elections Division. You’ll find it at http://sos.oregon.gov/elections/Pages/orestar.aspx.