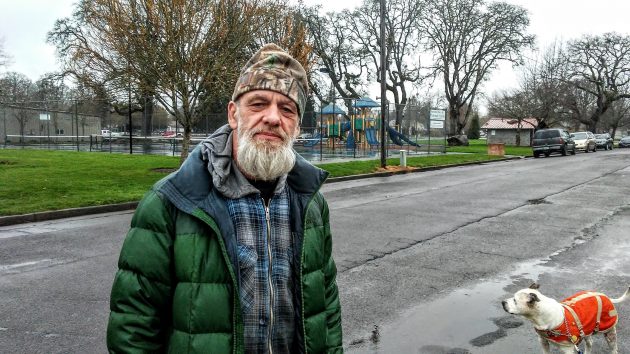 David Furry after watching his house being demolished on Monday.

David Furry, 60, says he’s now homeless after the city of Albany demolished his house at 610 Sherman St. S.E. on Monday. After watching this for a bit, I have some questions about the process that led to the demolition being ordered and carried out.

County records show Furry has been the owner of this house since September 1995, when he bought it for $20,000. First thing he did, he recalls, was jack it up and put a foundation under it.

The city says it acted after a litany of problems with the house — a history of code violations, most recently on Sept. 6 when the police served a search warrant and took Furry and his wife to jail on meth charges. The city’s code enforcer went along on the raid and posted the house as dangerous and unfit to live in. Since then, the city says, people entered anyway in violation of the city’s order, and the required repairs were not made.

One thing to know: If your house is boarded up as dangerous and you dispute any of the city’s allegations of code violations and appeal, as Furry did, you will be barred from making repairs until the appeal is decided.  In this case it took two months. This seems like a wrong-headed rule if the goal is to get things fixed.

And unless a house is in danger of collapse, why order people to stay out of it even if they have no other home or money for motels? And then why charge them with crimes if they get in anyway? What if they need a roof over their head?

Among the deficiencies in the house were problems with electric wiring. On Jan. 3, the building division gave Furry a permit to add outlets to existing circuits. The permit was good until this coming July. The next permit listed for the property is one sought by the police to block the street for the demolition.

As he was watching his house torn down Monday, with police standing by, Furry was wondering how the city could do that. He had gone to Legal Aid to get some advice, he said, and been given an appointment — for Monday afternoon.

The community has an obvious interest in housing that’s safe and clean inside and out. And the city code evidently gives the city the right, when other steps have failed, to order a house destroyed.

But before we take people’s houses and smash them to smithereens, no matter the circumstances or justifications, we ought to insist on at least a level of judicial review high enough to make sure that the owners’ rights are protected, even when they don’t have the money to hire a lawyer. (hh) 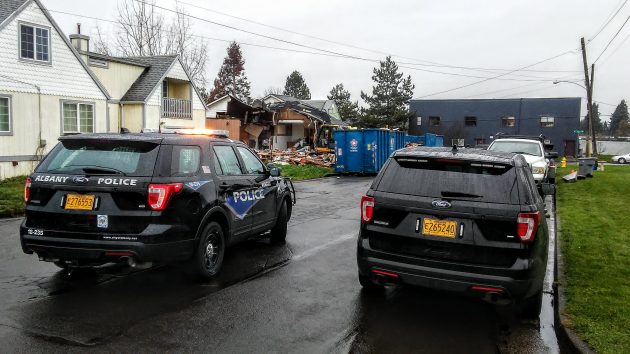 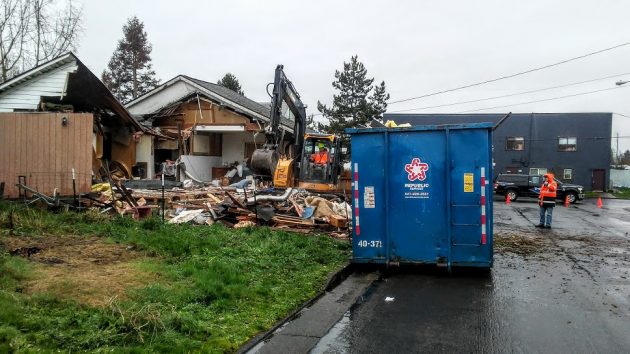