Demolition: A question about Albany’s code 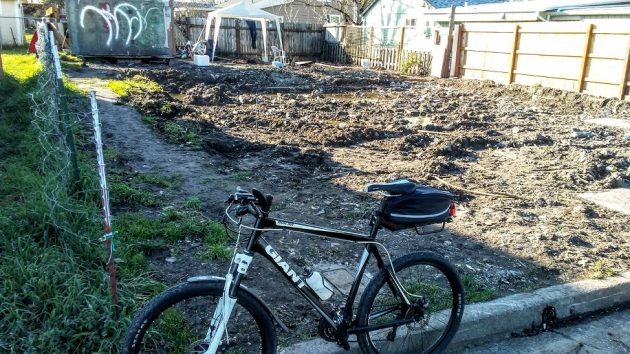 This was 610 Sherman St. SE on Tuesday afternoon.

As reported at the time, a city contractor tore down David Furry’s 891-square-foot house at 610 Sherman St. on Jan. 27. Since then I’ve tried to find out more about it, and I still have a question.

It is this: Regardless of the reasons cited, where does an Albany official get the authority to demolish somebody’s house? The answer has to be in the part of the municipal code on buildings that the city building official has declared to be dangerous. At least that’s what you would think.

Which brings us to Section 18.28.02o in the Albany Municipal Code: “Abatement of dangerous buildings, structures, and premises.” All such places, the code says, “shall be abated by repair, rehabilitation, demolition, or removal in accordance with the procedures specified herein.”

At the option of the owner, it says. There’s nothing in the code that says any city official can order the demolition if the owner does not choose that option. It’s implied, certainly, but you’d think that the confiscation and destruction of somebody’s home — no matter how poor a home it might have been — requires a plainly stated authorization in law, and maybe even an order by a judge.

In Oregon, even confiscating a firearm from a person posing an imminent risk requires a judge’s order. But houses can be taken because the police say it’s dangerous?

The city council, as the Albany Revitalization Agency, is getting a report on this and other code enforcement actions when it meets at 5:15 Wednesday (tonight).

The report from code compliance officer Kris Schendel says the city plans to foreclose on the now-empty lot to recover its costs. The costs include $14,100 billed by Apex Property Clearing for the demolition, plus thousands of dollars more for repeatedly boarding up the place, and a meth inspection by a Portland lab that found contamination in three spots.

Taxes on the property have not been paid for the last four years. The question is whether anybody will buy the lot if he has to pay both the city’s liens plus more than $5,000 in taxes owed. (hh)


10 responses to “Demolition: A question about Albany’s code”