Decision about Central School is coming up 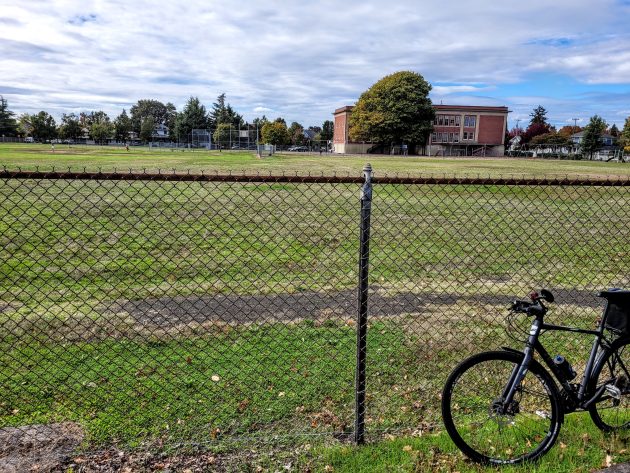 Viewed from across its 7-acre grounds on Oct. 8, Central School faces an uncertain future.

Whether Albany’s historic Central School remains an elementary school may be decided on Monday. People interested in that issue get a chance to talk about it at a school board “listening session” from 5 to 6:30 that evening at the school.

School board member Michael Thomson is the designated listener at that session, which comes ahead of the Greater Albany Public Schools board meeting at 7 p.m., also at Central.

The district administration would like to close Central as a school and use the building, they say, for other programs including administrative offices. It’s been a school since it was built in 1915.

For at least the last two board meetings, members have been discussing a plan to spend federal Covid-relief funds to build six prefab classrooms behind Takena Elementary School, which would enable children now attending Central to go to Takena instead, leaving Central empty or available for other uses.

Board member Roger Nyquist has been pushing back against closing Central. At the last board meeting he said he’d like to hear from Central parents and would change his mind if the parents support the change.

Board members Eric Aguinaga, the chairman, and Thomson have cited various advantages of shifting all the children in the Central-Takena area to the newer school, and so have district administrators.

(I’ve tried to follow GAPS board meetings based on recordings of their meetings on YouTube. But the camera angle and audio quality are such that viewers often can’t tell who is speaking unless they happen to know their voices and can distinguish them under the general hum.)

As of last month, Central had 112 pupils in six classes of third, fourth and fifth graders. Takena had 128 in six classes of kindergarten and first and second grades. Together, the two schools combined are still the second smallest elementary school in GAPS. Only Tangent is smaller.

Albany schools are getting about $15.4 million in so-called ESSER funds under the federal CARES or Covid relief law passed in 2020. The term stands for “elementary and secondary school emergency relief.” The program provided grants to states and districts to address the impact of the pandemic on schools.

The district is proposing to spend about $10.2 million of that money to add six prefab classrooms to Takena and eight to South Shore Elementary School. The South Shore addition is not an issue as all board members seem to agree on that part. Most of the rest of the overall grant would be spent on various items, including summer school, to make up for the loss of learning caused by the pandemic.

The board has been told there’s a deadline in October for deciding how to spend the ESSER money. So Monday’s board meeting may be the last chance for that decision to be made. (hh)


17 responses to “Decision about Central School is coming up”